Ask Erin: How Do I Stay Professional After A One-Night Stand With A Co-Worker? 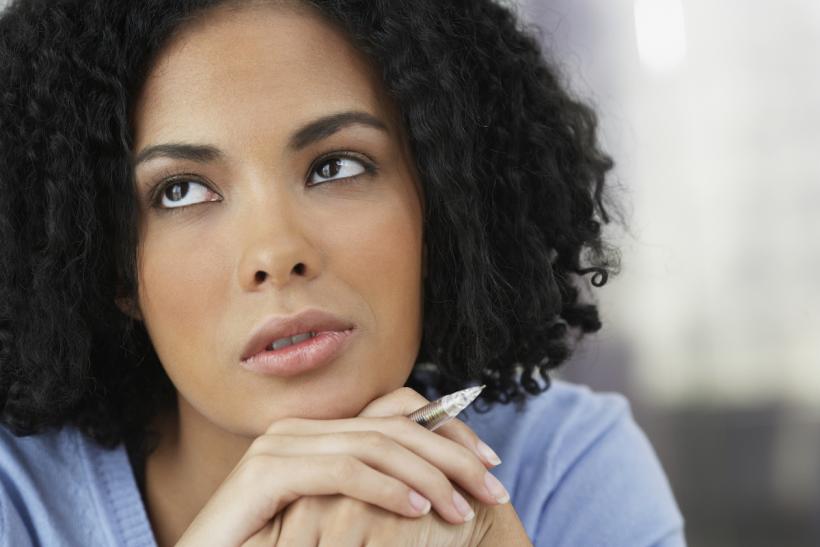 After a one-night stand with my co-worker, how do I stay professional?

I (a woman) made the error of sleeping with a colleague (a man).

It was, hands down, the most connected, sexual, intense experience I have had to date, and was struck by the feelings I had for this person which (having had a number of one night stands) normally don't happen. Despite how I felt, I had absolutely no expectations in the aftermath and was resolved to keep my feelings to myself and just work through it, especially as we live and work in different countries!

However, after it happened, for a couple of weeks said colleague sent me a number of messages about how he felt about me and how much he wanted to see me again, and to be honest, because I felt the same, I responded in kind. We had even set a tentative date to see each other again.

Then, he just stopped talking to me.

Unfortunately, it's not a classic 'ghosting' as we share colleagues on Facebook and are in group chats with some close mutual colleagues and friends. So while he reads but doesn’t respond to my messages in the one-on-one chat, (I have long since stopped sending them), he reads and responds to those in the group chats.

Seeing this is of course, very upsetting. I have no idea what I did for him to abruptly stop talking to me, and overall, I'm just very hurt by the whole thing and trying desperately to let it go and move on.

Normally I would just block and delete said person who couldn't be bothered to be upfront and tell me what's going on, but because of the other relationships and connections, that might mean having to tell a mutual friend what happened and causing problems which I'd rather not do.

If I leave the group chat abruptly, or block and delete this person, friends will suspect and ask me what's going on. I have taken to putting said chats on 'ignore messages' so I no longer see them but I haven't left the groups, as well as unfollowing the person on Facebook, so I don't see notifications.

Despite this, he is all I think about even though I'm trying very hard to let go what happened and to forget the things he said to me.

I've never felt this way about someone before, and just feel incredibly hurt by the whole thing.

He didn't have to say anything to me after the fact, he got into my pants, I had no expectations beyond what happened, and I just feel rather lost and broken.

Erin, how do I manage having to stay in contact with this person and keep things professional, and how do I overcome these feelings and move on?

He’s definitely ghosted you. And it’s made more unfortunate that you have some peripheral contact with him since you work together.

But, the good news is he lives in a different country. So, I am guessing you won’t have to see him very often.

I know you’re wondering why he ghosted you, but that’s irrelevant. My gut says he likely is in a relationship, hid that from you, and either got caught or got scared about the possibility go getting caught. Whatever the reason is, he’s handled this poorly and immaturely.

If you get honest with yourself, you will realize that you don’t want to be with someone who behaves that way.

And further, you have no control over his behavior. What you do have control over is where you got from here.

First, let’s get to the facts and feelings. You mentioned that you’d never felt this way before and that it was an intense and connected sexual experience. While that may all be true, you don’t really know him.

The feelings you have attached to him are largely built on who you wanted him to be, rather than who he is.

Now, don’t beat yourself up over that. We have all been there. This is a common experience when you’ve had an intense sexual encounter with someone you don’t know very well. All that oxytocin gets released, our brain fills in the gaps of who they are and what they mean to us. It’s not love; it’s lust. And that’s an important distinction to make — one that the brain knows before the heart does.

When you find your mind wandering there — to the place that says “but, it was special; I’ve never felt this way; I won’t ever feel this way again; that was my one chance at love" — take a step back; remind yourself of what I said. These are feelings attached to a fantasy, not a real person. And that’s not your fault; we do this as humans.

So, how to proceed?

You've been doing a good job. When it comes to these work chats, remain professional, communicate when necessary, keep those notifications off when you can. And it will get easier with time.

The odds are high that he will come back around again to pick up where you left off with some lame excuses. Don’t buy into them. Please don’t go there again. You are worth way more than this.

One day, you will thank the universe that he ghosted you, that you got out relatively unscathed before more time and emotion was invested in him.

It’s your ego, not your heart here. Trust me. So much of the time when we are in pain, it is ego; it’s attachment to an idea of how we thought things would be. When you practice letting go of those attachments, you are relieved of the heartache. I know that sounds easier than it is, but it has always worked for me. It just takes practice.

In the meantime, focus on what you want from a partner, make the time for self-care, and have some fun. The world awaits you.

The information within Ask Erin should in no way be interpreted as medical advice because I'm not a medical professional. But I am here to help — to share with you the wisdom I've gained after years of making mistakes. If you have a question for me about relationships, addiction, dating, friendship, depression, sex, consent, what to read/listen to/ watch, Thulite, or anything at all, use the contact form below or email me at askerin@ravishly.com. As always, your anonymity is golden. Lastly, I’m so excited to share my Ask Erin Self-Care Guide, free when you sign up for my weekly newsletter. xoxo

If you like this article, please share it! Your clicks keep us alive!
Tags
Ask Erin
advice
broken heart
one night stand
workplace
co-workers
ghosting
ghosted