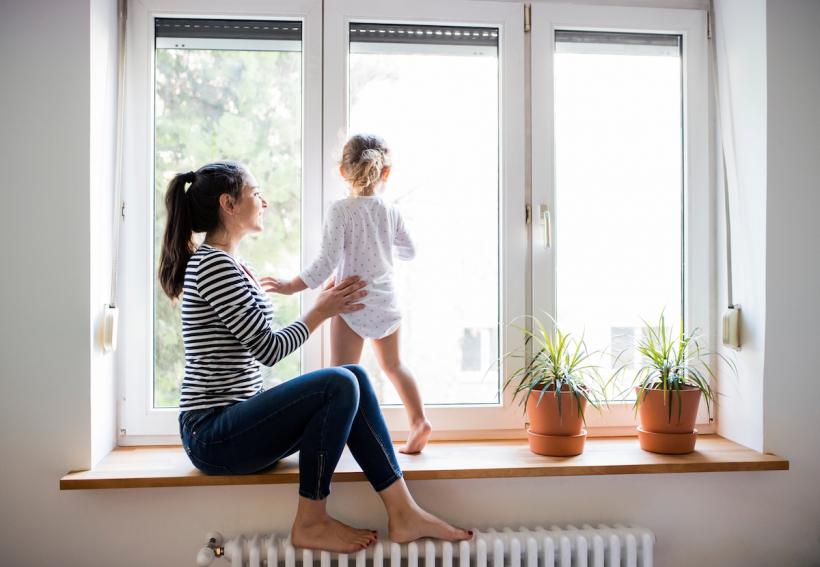 I want us all to carefully consider the terms in which we describe our choices to others in order to pare them from implicit value judgments on other women’s choices.

About a week after my daughter was born, I was nursing her on the couch for the literal 11th hour in a row. She had weight gain issues at the beginning of her life, had lost about 15% of her birth weight, and so I fed her and fed her, a basket of granola bars on the floor beside me, a two-liter bottle of water on the coffee table. Finally, in a fit of frustration, I grabbed my phone. Using my one free hand, I thumbed out a post that said something to the effect of, People wondering if having a baby has made me more pro-life: Absolutely not. Nobody should be forced to do this.

I stand by that statement.

I didn’t think it was possible for me to be more pro-choice, but having a kid made me so.

Since then, I’ve been thrilled to see a movement of women celebrating the choice not to have kids, discussing their ambivalence or regret about having them, and calling for privacy because asking a woman whether or not she wants them is intrusive, judgmental, and sometimes extremely painful (see: fertility struggles). It makes many problematic assumptions that ultimately underscore a dangerous premise: that a woman’s life without kids lacks in meaning.

My life was plenty complete before I had my daughter. I had a teaching job, a robust circle of friends both local and long-distance, a husband with whom I loved going to restaurants and hosting parties that went late into the night, an extended family I adored, spinning classes at my gym to which I was seriously dedicated, and an ambitious writing career. My husband and I got married without having the question of kids resolved—we made no agreements except that we wanted to be together, though in fact I leaned more heavily toward not wanting children.

I changed my mind for complicated reasons that are none of anybody’s business.

But I did not proceed into pregnancy with unchecked confidence in my decision. Actually, the sight of my positive pregnancy test made me lightheaded with fear that I’d chosen wrong. I shoved the test at my husband and took an hour-long shower where I sobbed over the chance that I’d made a terrible mistake. For the most part, I kept my fear to myself. I wish I hadn’t. I’m sure I would have found lots of company in my doubt.

So, reading articles like many that have appeared on this site is refreshing. In a political climate of renewed, even inventive oppression, it’s essential that women push back mightily against having their desires, expectations, and choices about having children legislated by others, including the law. These pieces have been some of the funniest I’ve read in recent years, as well, pointing out the absurdity of treating women’s bodies like stone monuments in a park for every living creature to sit, shit, and piss on. Her body, her choice. It’s painfully logical, right?

I live in a big, diverse city and travel in the kinds of educated, mostly progressive circles where not having children is common and celebrated. At least half of my close friends do not have kids, and I love having relationships with people where the subject of children isn’t central to our connection, reinforcing the other parts of my identity and value in the world. I also love my mom friends, who nurture and buoy me through the complicated role of caretaking. What I love most are the friends who do both — those who don’t treat me only as a mother, and yet aren’t afraid to show me support in my parenting, no matter if they have kids themselves or not.

I know mainstream society has been way more terrible about judging women without kids than the other way around. But in America, we have a tendency to answer extremism with extremism, and I don’t want to see calls for the rightful honoring of women who choose not to have kids become implications of women who do.

The other day, a dear friend shared this New York Times article where author Anna Goldfarb suggests some smart responses for women whose privacy gets regularly invaded with The Question: “When are you going to pop out a kid?” Oh, ugh. (Also, no woman “pops” out a kid, or else we’d have a more comforting maternal survival rate in childbirth.) But such a question, nearly ubiquitous for women to hear at some point in their lives, is rude, presumptuous, and implicitly judging motherhood as the single most important thing women can do. We don’t ask women when they’re going to travel to New Zealand, or learn Muay Thai, or cure AIDS.

Goldfarb’s suggested responses are wonderful exercises in retaining autonomy through such awkward, awful moments. I was with her entirely until the end of the piece. To close, Goldfarb advises childfree women to honor their chosen path. “Sometimes I picture another version of me with children living in a parallel universe,” Goldfarb writes. “She juggles play dates, organizes nap schedules and indulges requests to screen Moana several times in a row. I imagine this woman in a quiet moment wondering what her life would’ve been like if she’d never had kids.”

Whoa. That’s kind of a sad, paltry vision of motherhood. I’m not saying that I haven’t done all of those things for my daughter, but that describes about one-tenth of my life as a mom. Goldfarb has reduced my life as a mother to one of toil and self-sacrifice, which is just as problematic as a vision of childfree women as self-absorbed, privileged, and shallow.

Just as children should never be painted as the singular pathway to personal fulfillment, neither should having them be painted as an abdication of other interests and ambitions.

My daughter is now three, and since her birth, I’ve taken a new job with more responsibilities, written a chapbook that will be published this fall, and given six talks at academic conferences. I’m at work on another book, and I still go to spinning classes.

When I expressed frustration at Goldfarb’s less-than-complex imagined motherhood, my friend who originally shared the article thoughtfully suggested that the fixation on motherhood’s responsibilities by those without children might just be an acknowledgement of the most crucial ways a woman’s life is changed by having kids. That’s a fair point. Not acknowledging those shifts would be a different sort of erasure of the very real work of parenting that too often gets undervalued or outright ignored (leading to the U.S.’s terrible international scores on issues like parental leave, affordable childcare, and other areas related to parenting).

But a vision of motherhood in which a woman leaves a life of autonomy for one of service could, I think, contribute to the “baby tax” already applied to professional women with children who are hired and promoted at abysmal rates compared with their childfree colleagues. And for women who stay home? That vision of their lives renders them in the grayest, most depressing, and even dehumanizing terms. It’s akin to the shallow, uncomplicated pity with which we (also wrongly) view people with disabilities.

But Goldfarb’s article thankfully avoids the claim I’ve seen in other articles toasting the choice not to have kids, and expressed by other commenters on my friend’s thread: That the world is just too terrible to bring children into. Citing issues like overpopulation (a myth, by the way), environmental collapse, the rise of political authoritarianism, and the floundering economy, these claims turn the choice not to have kids into one of moral superiority. No, they aren’t outright calling people who procreate irresponsible, but the implication is built into those justifications.

I’m not here to scream from the other side of my parenting choice. I love my daughter fiercely, in part because the job of raising her is hard, like meaningful activities usually are. The rewards of our lives are almost always in their efforts, no matter if those efforts are applied to a child, or a mountain, or a book, or a painting, or a cure. I love my daughter, and I also know that I would have a meaningful life if I’d never had her. (And here’s something else to remember: Women don’t always choose once. I chose to have a child, and now I am choosing not to have any more children. I know women who have had abortions, and then had babies, and I know women who have had babies, and then had abortions.)

What I want is for women’s choices regarding fertility to be supported, full stop.

I want our privacy respected. I want us all to carefully consider the terms in which we describe our choices to others in order to pare them from implicit value judgments on other women’s choices.

In her advice column “Dear Sugar,” Cheryl Strayed once wrote of the decision to have or not have kids, “I’ll never know and neither will you of the life you don’t choose. We’ll only know that whatever that sister life was, it was important and beautiful and not ours. It was the ghost ship that didn’t carry us. There’s nothing to do but salute it from the shore.”

Sisters, I salute you. I salute the lives you chose and the ones you didn’t. No matter what course you took, I know this for sure: It hasn’t been easy.

If you like this article, please share it! Your clicks keep us alive!
Tags
choices
life choices
fertility
infertility
childfree
childfree by choice 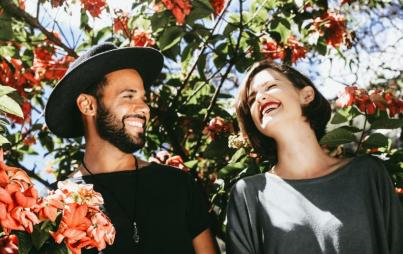