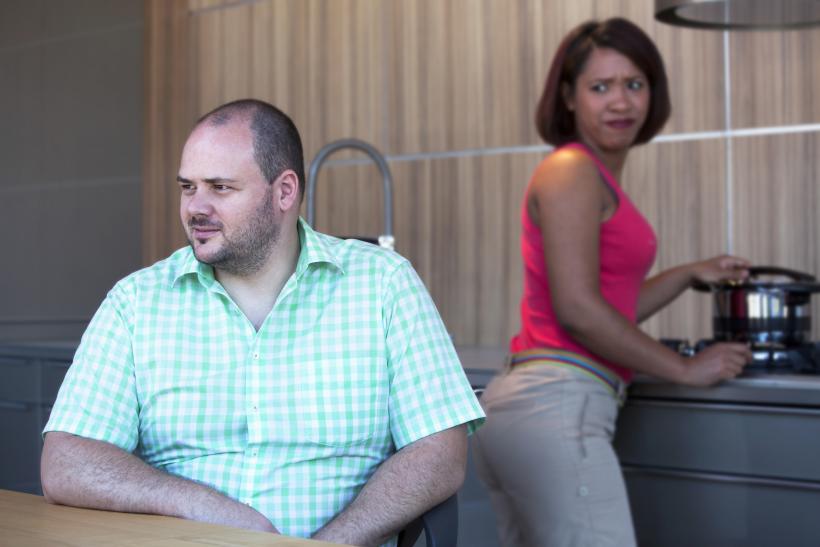 In case you’re not familiar, Humans of New York started in 2010 as a photography project by Brandon Stanton to “create an exhaustive catalogue of the city’s inhabitants.” A lovely fat acceptance story about an NYU student named Stella made the rounds of the Body Positive community a few years ago.

That’s why a recent post was so utterly disappointing.

Most of the people responding seem to assume that the subject is male, but I don’t think that can be discerned from the photograph. What we can know for sure is that they’ve found someone amazing and their fatphobia is getting in the way, and that’s entirely their problem but they are going to make it their partner’s problem if they don’t get their shit together, like, now.

Let’s take this bit by bit:

“At first I told myself I could get past it. I said, ‘Let’s just see how it goes.”

You decided to kick off a new relationship with lies of omission. Going out on dates with someone while secretly harboring bigotry against their body is fucked up. If you’re a fatphobe, then you shouldn’t get to lie about that and enjoy the company of fat people.

“We had excellent dates. Everything else about her was exactly what I wanted. I didn’t want to ruin something good for that one little reason.”

Then you shouldn’t have. You should have hauled your ass to therapy and handled your issues.

Yeah, well, you should feel horrible. You’ve been hiding your appearance-based bigotry from your partner for over a year and a half. That’s a horrible thing to do.

“And I feel like a bad person for being bothered by it.”

You are a bad person.

"I can’t bring myself to tell her."

A fatphobe and a coward. That’s fucking great.

“We’re going to couple’s therapy next week, but I still don’t think I’ll be able to say it.”

You’re torturing her. If it were me, I’d want you to break up with me, not tell me why (I shouldn’t have to hear or care about your bigotry issues) and go do your self-work on your own. Regardless, this lying shit has to stop.

“Is there any right way to ask someone to lose weight for you?”

Wrong question asshat, unless you accidentally misspelled “How do I overcome my fatphobia without hurting my partner?”

Happily, most of the responses are clear that this person is the one with the problem, not their partner. Of course in a fatphobic world there’s always someone ready to defend fatphobia — often with healthism — and the comment section is no exception with people suggesting that it’s reasonable to ask her to lose weight because they believe it will make her healthier.

That’s bullshit, but even if it were true (it’s not!) it’s super healthist.

Health isn’t an obligation, a barometer of worthiness, or entirely within our control. People’s health and looks are going to change over time — if you only want to be in a relationship with someone “healthy” by some specific definition and/or someone who looks a very specific way and never changes, then you should probably just stay single forever.

The big issue here is that this person wants their partner to change her body, rather than working on their own fatphobia.

That’s not a solution at all. Even if this woman decided to try to manipulate her body size to save her relationship, there’s very little chance that it would work and a very good chance that she’ll end up gaining back more weight than she lost which would make her partner even less attracted to her. To each their own of course, but when it comes to dating someone who wants me to look different, I say fuck a bunch of that.

The truth is that we all grew up in a fatphobic society so if we have negative views of fat bodies that’s not exactly a galloping shock.

But the idea that we can’t fix that — that who we are attracted to is somehow something we are born with and can’t be changed — is ridiculous, especially when people claim that they just happen only to be attracted to the stereotype of beauty that is shoved down our throats at every turn. There are cultures where larger bodies are considered highly attractive, and plenty of people in this culture find fat people attractive so there’s hope.

At the end of the day it certainly sounds like this person’s fatphobia is more important to them than the relationship which, as far as I’m concerned, indicates that she deserves much better.

If you like this article, please share it! Your clicks keep us alive!
Tags
fatphobia
Humans of New York
weight loss
dieting
Love
Relationships