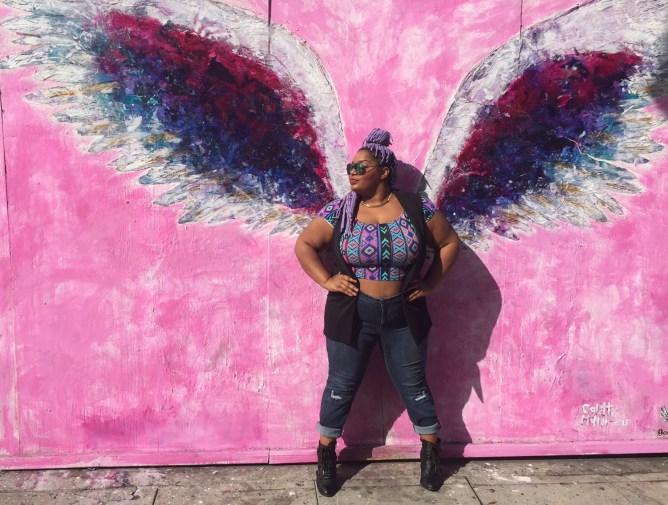 All photos courtesy of the author.

This article first appeared on From Annette With Love and has been republished with permission.

Traveling is truly a unique experience. No matter the age, sex or skin tone, no two travelers will EVER have the same experience. The main reason for this is that expectation affects the experience just as much as the destination. I’ve seen a ton of articles listing the “Safest Countries for Black Travelers” and the “Top Ten Destinations For Black Women.” On the other hand, I RARELY, if ever, read articles about what it’s like to travel as a Fat woman. Not to mention a Fat, Black Woman, how’s that for a triple whammy!? Below I share a few of my personal experiences and travel tips as a Fat, Black Female Traveler. Please keep in mind that these are my struggles and experiences. Still, I hope you can find a common thread. 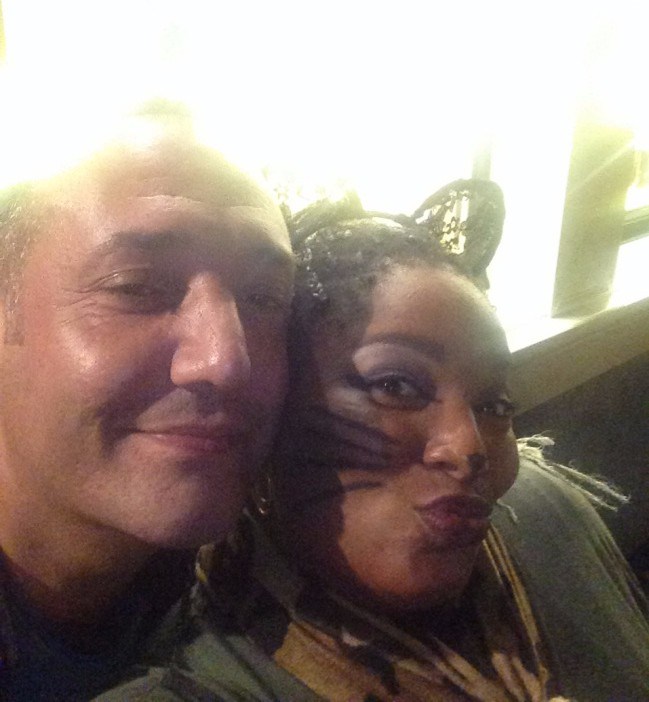 I always advise visiting a place yourself and forming your own opinion. However, expectation plays a great role in traveling to countries that are deemed “unfriendly or unsafe” for Black Travelers. I will undoubtedly find Germany and Italy on these lists. And although both countries have had and continue to have issues with African immigrants and African-American tourists, I’ve visited both places and have nothing but positive things to say.

Believe it or not, I experience the most prejudice while traveling in my own country. From backhanded compliments like, “You’re so well spoken” to “You have such a pretty face” underlying racial tension and size discrimination have been constants in my life.

Because I’m black, some people assume that I should speak a certain way or have a certain level of education. When I exceed that expectation, they feel it’s appropriate to congratulate me on the fact that I’m smarter than they thought black people could be. Or I speak more proper than black people they know. Excuse me while I jump for joy at small-minded Americans! 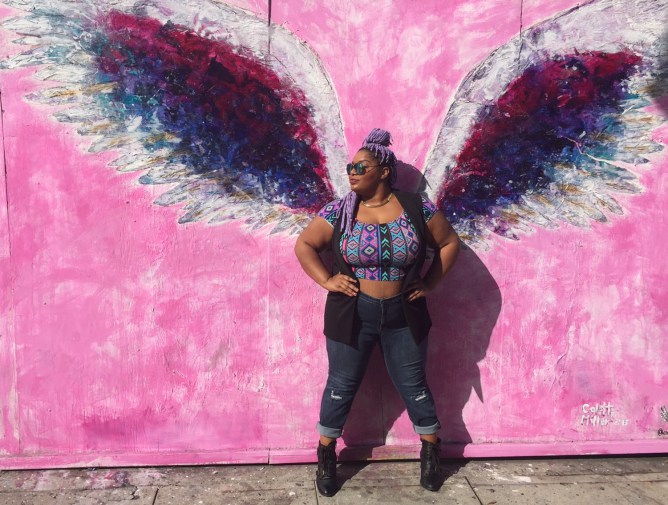 The one that really kills me though is, “You have such a pretty face.” which basically means, “your body is disgusting, but your face isn’t bad!” Remind me again, when did I ask for your opinion? Oh right, I didn’t! One last question, who told you I gave a fuck about how you feel about my face or my body? Oh, no one? Great! Then keep your opinions to yourself, please and thank you.

I don’t have to use an extender when I fly. But that doesn’t stop the stares as I side shuffle down the aisle so that my hips don’t bump into other passengers. And it sure doesn’t stop the groans I get when I ask for the window seat. Yes, I prefer to look out the window when I fly. Yes, that means I will ask you to get up every time I need to go to the bathroom. Get over it! 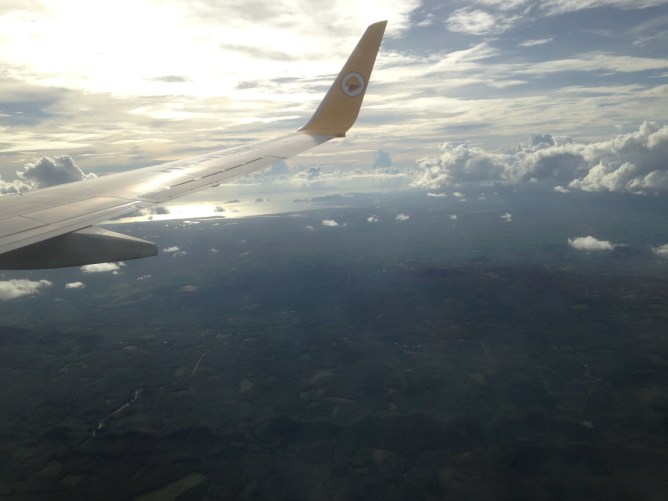 People do watch me while I eat. People do ask my opinions on the meals they ordered, even if I ordered something different. What, just because I’m fat I know how your duck and rice tastes? No ma’am! Because I have a bigger body, I have less space on the plane. So, when the person in front of me leans back, they’re basically laying on my boobs! So grabbing my magazine or the ear buds I dropped could lead to a mission impossible style search and rescue.

I visited Europe when there was a major influx of refugees. It was a time when the mood was changing from inclusive and welcoming to worried and restrictive. As a tourist, I felt welcomed in every country I visited. Still, I couldn’t help but notice the shanty towns on the outskirts of almost every major city. Some of the refugees had brown skin, like me. All were fleeing their own countries in search of freedom, only to end up on the outskirts of a developed country struggling to survive. Growing up poor and being one of the few Black girls at my school, I relate to feeling like an outsider.

I won’t lie, I expected to have a terrible time in Germany. I’ve studied World War Two at great length and was pretty hesitant to visit some of the places on our itinerary. Including the Hofbrauhaus where Hitler announced his presidency and would hold regular Nazi Party meetings. However, entering the beer hall I felt nothing but good vibes! There was a live band playing and the place was packed. I was instructed to look up at a Bavarian Flag mural which covers a swastika on the ceiling of the dining room. While the waitresses were rude – mostly to the Australians, the food and BEER were delicious!

Being the social butterfly that I am, I quickly made friends with a local couple and a Bavarian cutie. Within hours I was dancing the night away with them, my roommate and a few other friends from our Contiki Tour at Milchbar. I’m happy to say that I had the MOST fun in Germany. Probably because my expectations were so low! 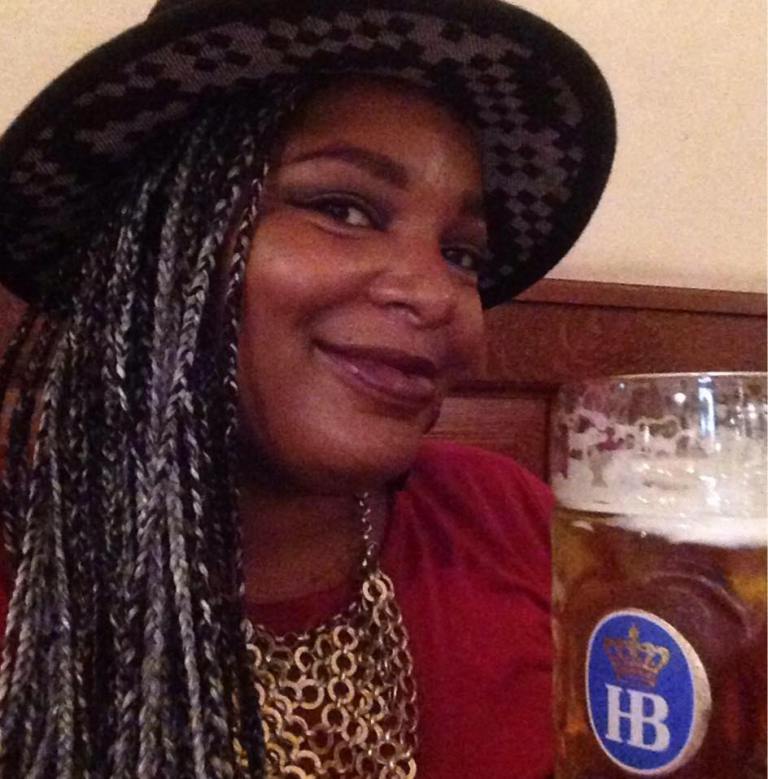 I’m aware that there is a lack of melanin in some European countries. Like America, there are some communities that don’t have people of color living in them. So when they see someone with brown skin, it can be thrilling! While visiting the Louvre in Paris someone yelled out, “Yo, Yo, Yo!” and waved at me. Were they challenging me to a rap battle? I guess I should’ve busted a flow real quick! Although I was visiting one of the most famous museums in the world, I felt like an exhibit when asked by strangers if they could take a photo with me. I assumed it was because I was one of the few black people they’d met in real life. So I chose not to be offended, but to grin and bear it, literally.

Not only was my melanin something special, being fat in Asia felt culturally unacceptable. Don’t get me wrong, I didn’t have high hopes of a shopping spree, but I did not expect the staring. And it didn’t stop at staring, there was pointing and laughing. Asia is very different culturally. In that culture, it’s okay to comment on a strangers weight or to make gestures and think nothing of it. I was often stared and laughed at and if I caught it, I would smile and wave. My friend on the hand had a bit of a rougher time.

As a big and tall white male, he’s used to size discrimination but Asia took it to another level. He was asked multiple times if he was pregnant and if they didn’t ask outright, they made the gesture. Handling rude comments and gestures is one thing when it happens once in a while, but feeling like you’re constantly under attack for how you look is exhausting.

Eating in Asia was also an experience. While in Thailand I almost always opted for street food. With that comes more onlookers and judgments. I always ordered what I wanted and ate as much or as little as I wanted. There were a few times that the host had to change chairs for me before I sat down. The first time it happened, it was hard not to feel offended. What, am I too fat for your chairs!? And then I realized, yes, yes I am. And instead of me being embarrassed by breaking a chair, I would rather allow them to find the perfect one for my voluptuous ass! 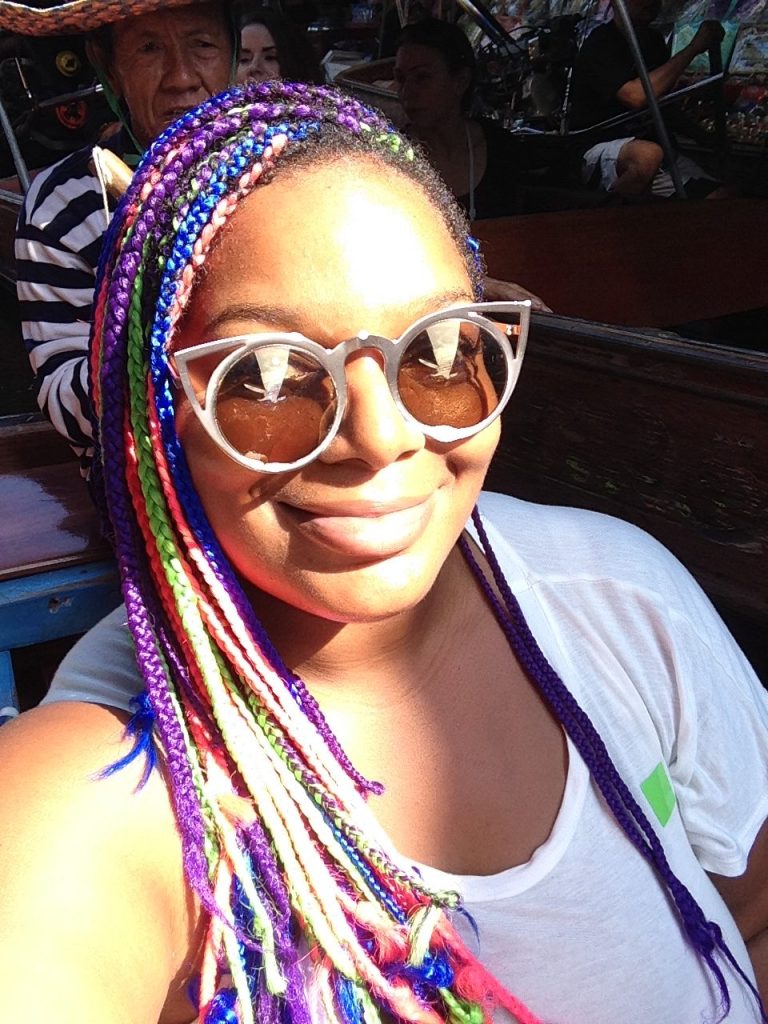 Ever since the season of Top Model where the girls go to Thailand I’ve wanted to visit Bangkok’s Floating Market. So one day I woke up at dark thirty and made my way to the Damnoen Floating Market on a group tour. There are walkways and shopping areas you can get to without being in a paddle boat, but I wanted to see it the traditional way, by water.

It was my turn to get on the boat and an argument started between the guy paddling the boat and the guy taking my money. I can only assume that the guy who was paddling didn’t want me on his boat because of my size. As soon as I got on the boat he was pushing a poking me to move this way and that so that the boat could balance out. I understand that balance is key, but he didn’t have to be so rude. He then had the NERVE to ask for a tip, #boybye! My tip, don’t be rude to people you have to ask for a tip.

Light is right in Asia. Meaning the lighter your skin, the better. However, I felt like this way of thinking is more directed at Thai people. Walking through the city you’ll see lots of advertisements for skin-whitening products. I needed a new stick of deodorant and couldn’t find an option without “whitening”.  I also saw the results of some of this skin lightening. Men and women with faces notably lighter than their neck or hands. 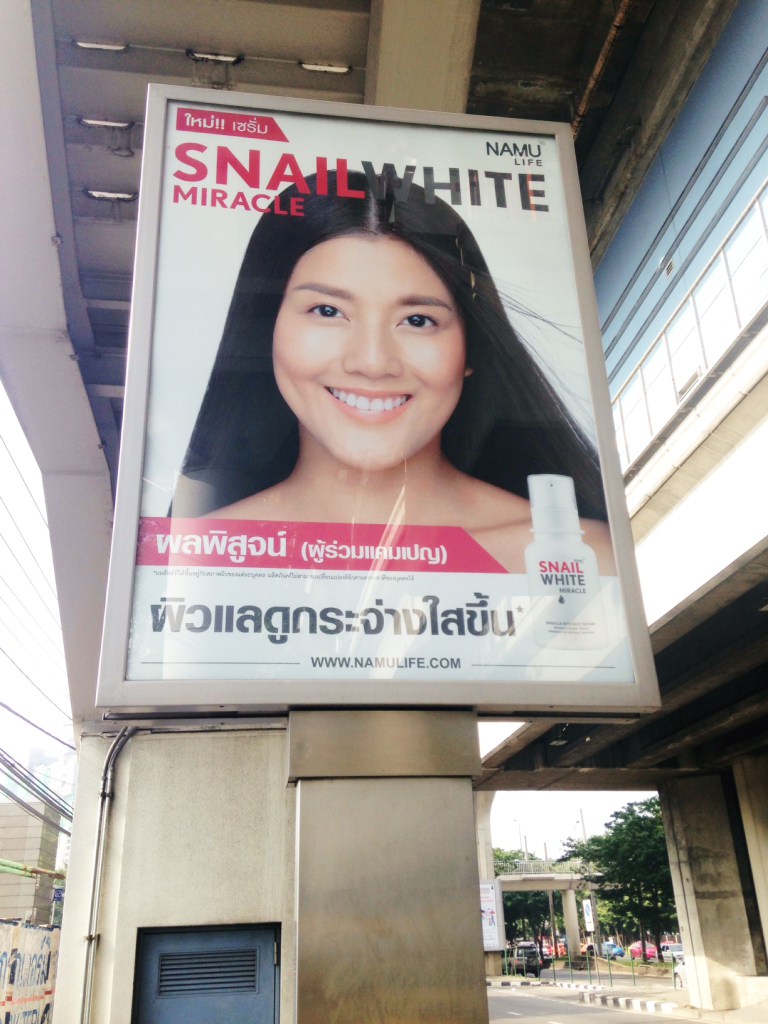 I was surprised by the number of African immigrants in Thailand. When I stayed in Sukhumvit I noticed a lot of men and women that looked like me. Then I realized that I was in the Red Light District and most of the African women there were prostitutes. So when I was propositioned a few times I wasn’t shocked. I just shook my head and quickened my step.

I had the chance to do a little island hopping while I was in Southern Thailand and I noticed that the braiding business is pretty popular down there. Now you know messing with a black woman’s hair is a no-no. Asking to touch it is a cardinal sin! When I was in Thailand the locals frequently complimented me on my rainbow braids. One lady asked a few questions and if she could touch my hair.  For some reason, I wasn’t as offended by that as the woman who started petting me without my permission in Trader Joe’s a few weeks ago.

More from From Annette With Love:

If you like this article, please share it! Your clicks keep us alive!
Tags
traveling
fatphobia
racism
anti-black racism
lifestyle
lifestyle blog