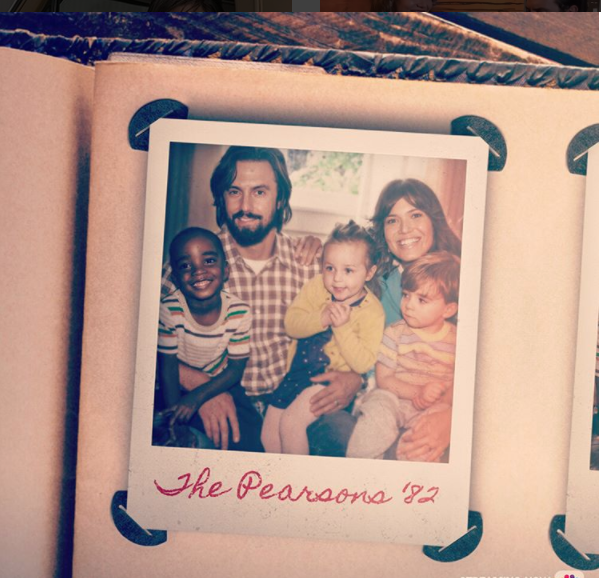 Little lies or big ones, knowing when to tell the whole truth and when to hold back can be hard with kids. (Image Credit: Instagram/nbcthisisus)

** If you haven’t yet watched this series, the below article includes some spoilers. **

By now, NBC’s This Is Us has become the once a week television pleasure for countless moms (and others), where she can sneak away with a box of tissues and have that good cry. It’s emotional, heartwarming, and most of all — relatable. It’s everything that we love, balled up into an hour where we get to feel like we are a part of the Pearson family as they go through life’s ups and downs. If you’re anything like me, you think about the lessons that they are learning and how it may compare to your own life.

Watching the relationship unfold between Rebecca and Randall was devastating, as Randall learned that his mother had actually known and been in contact with his birth father his whole life, choosing to hide this from him. Randall had spent his whole life wanting to connect with his birth parents, spending a good portion of his childhood wondering who they were and what they were like. After Randall is well into adulthood, he hires a private detective to finally track down his birth father, and ends up discovering that his mom knew William (his father) all along.

Randall was crushed, and you could feel his fury and disappointment through the television screen. Not only was he emotionally drained — learning he had been lied to his whole life — this revelation put a huge strain on the relationship between him and his mom.

I get why Rebecca did what she did, but lying to your child about something so big, so important, can be a slippery slope.

But lying in general is a difficult thing.

I think that as parents, we tell these little “white lies” to our kids and silently tell ourselves we are doing it for their own good. Why? Because for the most part, it’s about silly little things like not to swallow their gum because it will blow up inside them and whatnot. But everything that we tell them does, in fact, impact them in some way. And whether we want to believe it or not, those lies can shape them and play a role in the adults that they become.

I’m guilty from time to time of almost treating him like an adult whenever he asks questions or happens to overhear an adult conversation and wants to learn more. I want to give him the information that he’s yearning for without telling him lies, but sometimes I admittedly don’t know where to draw the line.

Now, while most of us don’t deal with the monumental information that Rebecca kept from her son on a daily basis in This Is Us, it stood out to me in a big way. In actuality, it served as a powerful reminder to me: be more delicate with the information that I give or don’t give to my kids. And while a white lie may seem harmless now, it could amount to something bigger later on in life.

I have an eight-year-old and a six-month-old, and with my older son, I do find that I’m guilty from time to time of almost treating him like an adult whenever he asks questions or happens to overhear an adult conversation and wants to learn more. I want to give him the information that he’s yearning for without telling him lies, but sometimes I admittedly don’t know where to draw the line. Perhaps, I’m more of the opposite of Rebecca, where I share too much in fear of keeping things from my kids. But as parents, that’s a challenge that we all face — deciding or knowing what’s best for those little ears.

After going back and forth, I came to my conclusion that being somewhere in the middle is probably the best way to go. I never want to be the parent that kept something from my child and then have them hold that against me someday. But I also don’t want to tell them things that they aren’t ready to think about. I know that the world will offer information to them soon enough.

As a parent, I especially try to look at everything happening around me as a possible teaching opportunity because there are endless possibilities for me to better myself for my kids. This is exactly why this show has touched me and so many in a big way.

If you haven’t started watching it yet — get your pen and paper ready.

If you like this article, please share it! Your clicks keep us alive!
Tags
This Is Us
Randall
lying
father
biological father
parenting
when to tell kids white lies