When Your Child Is Abusive 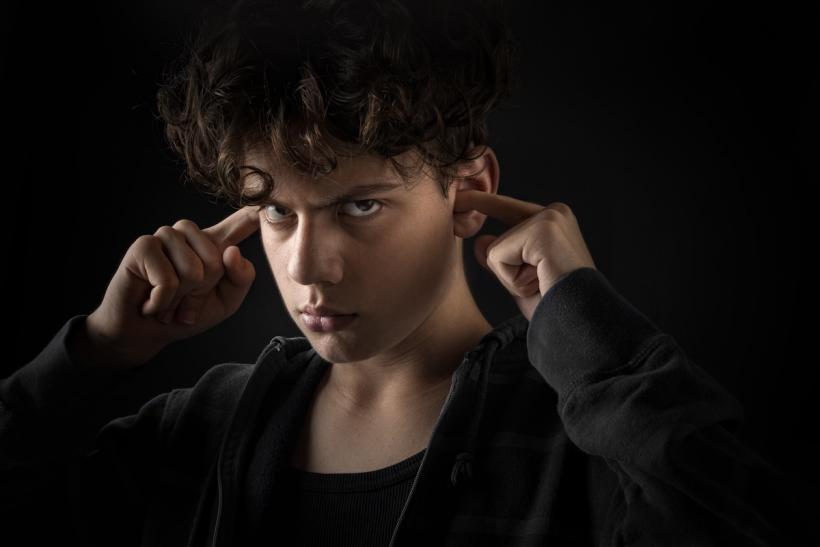 Even now, I hesitate to call my child’s behavior abusive. But it’s impossible to avoid the parallels between my situation now and how I felt when I was being abused by my partner.

Yelling. Throwing things. Name-calling. Always on the brink of an explosion. The only thing that holds me back from calling my teenager’s behavior abuse is that they are my child.

But who am I protecting by refusing to call abuse what it is?

After my teenager’s latest explosion, I posted a frustrated message to social media. Within minutes, a friend sent me a private message. “Me too,” she said. I felt immediately comforted by the simple fact that I wasn’t the only parent dealing with this type of behavior. So comforted in fact, that I quickly deleted my original post.

It’s hard to out myself as a struggling parent in a world that’s always quick to offer blame. Surely, if my teenager is struggling, at least some of it must be my fault. But I’ve been surprised by how many other parents — of all demographics and who adopt every possible parenting strategy—are quick to offer their shared experiences on the rare occasions when I open up about my teenager.

But this sharing always occurs in private. None of us want to admit just how bad things have gotten publicly.

I have three teenagers, all of whom have their own strengths and challenges. While I’ve had to talk to all of them at some point about dysfunctional communication methods, only one has consistently engaged in behavior I’d call abusive. This behavior is directed at everyone in our household, to varying degrees, and it even crops up at school and work. There’s always a teacher who has it out for them, or a manager at work who’s unfair. To hear them tell it, the world is out to get them.

As I’ve watched the behavior spread from home to school to work, and watched my child struggle to form friendships, I’ve tried everything I can conceive of: I’ve taken my child to therapy, worked on emotional regulation and conflict reduction skills, listened to their frustrations, and suggested healthier ways of coping. But despite my efforts, there have been periods where nothing seemed to work, and everyone in our household felt the stress of living with a powder keg that was always one step away from blowing.

If I didn’t have this particular teenager, I’d probably think poor parenting was to blame. Maybe that’s why my friends and I are so loathe to admit how bad things get at home. But I know my friends well enough to know they’re great parents, so when my faith in my own parenting falters I remind myself of my faith in theirs. I’ve always had rules and boundaries, and implemented consistent consequences for their actions. It works well with my other kids. Just not this one.

Even now, I hesitate to call my child’s behavior abusive. But it’s impossible to avoid the parallels between my situation now and how I felt when I was being abused by my partner. I believed that abuse was my fault too — and ultimately it was cutting off contact that allowed me to heal.

The problem is that I can’t cut out my child. It’s important to me to be the mother I never had, and to be there for my children. Yet being there for my kids shouldn’t look like accepting abuse or enabling them. It’s a fine line to walk, especially when they’re not yet adults. They have nowhere to live but here, and their development is still my responsibility.

What does modeling healthy communication look like in the face of chaotic, hostile behavior?

I don’t claim to have all of the answers. But things have gotten better over the past few months. I’ve been firmer in my boundaries, and I’ve avoided confrontation as much as possible. If my teen won’t do their daily chores, for instance, they will pay for a cleaning person. If they won’t follow my screen time rules, they’ll lose screens entirely. Rather than allow myself to get sucked into conflict, I’ve made a habit of simply stating the rule and consequences, and refusing to discuss it any further.

As a parent who prides myself on open communication, this has been hard for me. It’s certainly not my natural communication style. But one thing I’ve learned is that discussion is a weapon in the hands of someone with abusive tendencies. And regardless of why my teenager is behaving this way, right now that’s our reality.

I don’t know whether this is just a particularly ugly patch in my child’s teen years or indicative of a larger, more concerning pattern — but, ultimately, I am learning to let go of the why.

There are many times in life when the why matters greatly. But that will never be when someone is abusing me.