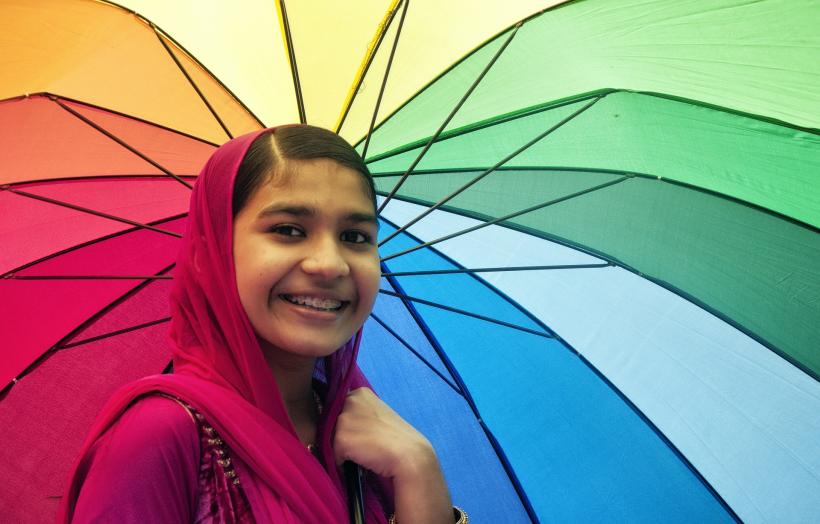 “I know what I am now. I’m pansexual.” Image: Pixabay.

As a mom, all I can do is support and educate and put my body in between my daughter and her friends and anyone who wants to hurt them.

We were sitting at the curb at the Philly Pride Parade, right in front of the judging stand. Me, my daughter, my dear friend B, and her two daughters, K and R.

We were sweltering in the blazing sun, but were committed to being there that day, particularly in light of what had happened in Orlando the night before.

While I do my best to be a “straight but not narrow” ally (I’m still learning as I go), I grew up not knowing much about the gay community.

My hippie, women’s-lib mother talked to me extensively about women’s rights and how to stick it to the man, but there was no discussion at all about homosexuality, not even at the commune we lived on for a year.

I had some sort of fuzzy awareness of people calling each other “fags” or “lezzies” in middle school. In high school, I got involved with both the drama club on stage crew, and also the school’s TV program, and the teachers in charge of those programs — as I realized, only much later — were all lesbians.

When I moved to Philadelphia at 18, I began to know more people who were openly gay. My second job in the city was at a veterinary clinic run by two gay men, and most of our clients were gay too (being located in the Gayborhood, it was a natural fit).

We spent a huge amount of time in those years finding homes for pets whose owners had died of AIDS, and I learned an immense amount about compassion and being a supporter of my gay friends.

But my role as an ally changed in a big way at this year’s Pride parade, when my daughter said, “Mom,” and then took a deep breath, looked me deep in the eyes and said, “I know what I am now. I’m pansexual.”

This wasn’t a complete surprise; she’d been considering the label for a while, but had been unwilling to commit.

But now, officially 10 years old, she’s ready to identify herself as pansexual.

Moments after this big reveal, as I sat with the knowledge that I was the mother of a queer daughter, we heard about the man in Los Angeles being stopped on his way to Pride with guns and bombs, and I suddenly realized that my daughter was now one of the millions of people at risk because of vile and unreasonable hatred about non-straight sexuality.

I needed to take a moment.

A few days later, I asked my daughter if I could write this article about her coming out, and she eagerly agreed. I offered to identify her only as “queer” without being specific, but she said no, she’d rather be properly identified as pansexual.

I’m going to keep on learning about being an ally — as a parent now.

I asked her when she knew for sure, and she said, “It was at Pride. I just looked around at everyone there and knew, and I wanted to tell you.”

I asked her if she was worried about telling me or her father, and she said, “Hell no.” (Yes, my 10 year old swears.)

I asked why she thinks it’s important to be public about it, and she said, “Kids need to know it’s OK. Also, I give no fucks.”

My daughter is lucky; she has many friends both in her school and out who identify as trans, nonbinary, bisexual, and pansexual (she goes to an extremely alternative school).

It does feel very much like while the adults of the world want to patrol the bathrooms to make sure no one has the “wrong” genitals, kids' views are changing — particularly in the small, liberal community of her school.

But not everywhere. My daughter’s best friend V, who goes to public school in a nearby suburb, tells me that at her school, homophobia and transphobia are rampant. “They call kids ‘tranny’ all the time when they think they’re wimpy,” V told me.

She also told me she wouldn’t be as comfortable as my daughter was is if she came out as pansexual at school.

I asked my daughter what she would say to someone who said she was too young to know her sexuality.

“When did you know you were straight?” she said she’d tell them.

Her friend M, who is a bit older at 13 and identifies as bisexual, chimed in. “How old is old enough? When should I be allowed to know my own sexuality? If I were straight it would be OK from the day I was born. Too many people believe bisexuality isn’t real. If gay men can still come out in their 70s, why can’t I come out now?”

M admits, however, that she’s not out at school. She wouldn’t feel safe.

As a mom, all I can do is support and educate and put my body in between my daughter and her friends and anyone who wants to hurt them, which is not much different, ultimately, from what I'd do if they identified as straight. I’m going to keep on learning about being an ally — as a parent now.

My daughter, proud pansexual that she is, isn’t interested in sex yet.

“I do not have sexual attraction to anyone yet,” she tells me. “I mean, it’s still kind of gross! I mean it’s like SQUISH [here she makes a hand gesture], and it’s just gross.”

I have a few more years before I really have to worry, I guess.

God willing, the world will continue to change and grow and become more tolerant.