Prepare The Barf Bags: Donald Trump Is Pretty Much The Republican Nominee 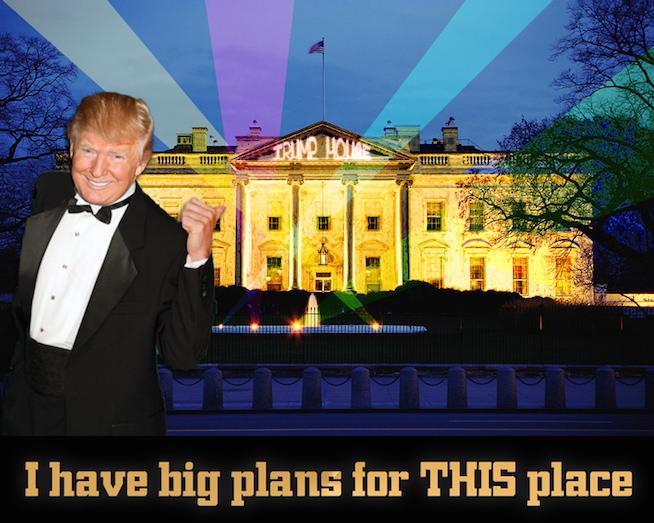 Throughout this long and increasingly nightmarish primary season, an argument emerged from Republican candidates who were routinely getting their butts handed to them by Donald Trump.

“The field needs to winnow.”

It may sound like some archaic observation from a Puritan farmer’s almanac. But what they meant was that in a contest that began with 17 candidates, it was easy for a celebrity like Donald Trump to monopolize media coverage and win by amassing pluralities.

I bought this line of reasoning myself. After all, Donald Trump lost the first primary, in Iowa, getting only 24% of the vote, to Ted Cruz’s 28%. And young upstart Marco Rubio garnered 23% to boot —not too shabby.

So after Trump won New Hampshire, and then South Carolina, and then Nevada, when the Trump opponents claimed that if everyone else dropped out, and they faced him one-on-one they could beat him, you know what?

In part this was because I simply did not entertain the possibility that a majority of an American political party’s primary voters would be willing to excuse Trump’s countless and glaring flaws. His lack of a vocabulary, lack of self-control, lack of intelligent policy, lack of experience, lack of integrity.

You know, those “presidential” basics. I sort of thought Americans cared about all that.

What a chump I’ve been!

At any rate, this “field winnowing” argument has fallen apart. Trump was down to just two competitors prior to yesterday’s Republican Primary in Indiana: Senator Ted Cruz and Governor John Kasich. In an extra twist, Cruz and Kasich announced an alliance to try and stop Trump. In said bargain, Kasich agreed to not compete at all in Indiana.

So Cruz had what he wanted: a one-on-one matchup against Donald Trump.

And Cruz lost so badly – getting 37% of the vote to Trump’s 53% - that last night, the Texas Senator dropped out of the race altogether.

Donald Trump’s path to victory is all but cleared, but for the bizarre campaign of John Kasich, which blithely soldiers on. Maybe they have some California miracle up their sleeves over in the Ohio governor’s team, but for all sane observers, Trump is the presumptive GOP nominee.

In case there were any lingering doubters, Republican National Committee Chairman, Reince Priebus, tweeted out last night: “@realDonaldTrump will be the presumptive @GOP nominee, we all need to unite and focus on defeating @HillaryClinton #NeverClinton”

Forgive me for being naïve, but I actually was holding out hope that the Republican “Establishment” – such old-school figures like John Boehner, Mitch McConnell, maybe even Mitt Romney and Nikki Haley – were going to fight Trump until the end. They were going to devise some plan to disqualify him, or have a new person swoop in and scoop up all the California delegates to make sure Trump did not reach the necessary 1237 delegates needed to win the nomination before the convention.

So last night was a rough one, not because I think Donald Trump will beat Hillary Clinton, but because I realized that politicians – by and large – really have no principles or commitment above the maniacal need to be powerful, to win.

One question for Reince Priebus: What would it take for your Republican candidate to be so flawed that beating Hillary Clinton becomes less important than keeping him from representing your party, or at the very least, keeping him from access to nuclear codes?

I won’t hold my breath for the answer.

Over on the Democratic side, Bernie Sanders clocked another win, beating Clinton by 4%.

There’s not too much to say, since most observers admit the Democratic race is over. Clinton has won the popular vote, the pledged delegate count, and the superdelegate count, so Sanders’ ability to make these individual state wins work towards actually clinching the Democratic nomination is impossible.

Look to see Hillary Clinton shift to attacking Donald Trump, and vice versa. The two are awaiting the convention formality, but for real-life campaign purposes, this is the 2016 choice.

Given the record unpopularity of both, it’s gonna be a nasty election, full of disgruntled, disappointed, and generally disgusted voters. But considering the very special quality of Trump’s ability to be revolting, let me refer you back to the title:

If you like this article, please share it! Your clicks keep us alive!
Tags
donald trump
Hillary Clinton
bernie sanders
2016 election