Raising Resilient Girls, Or Not 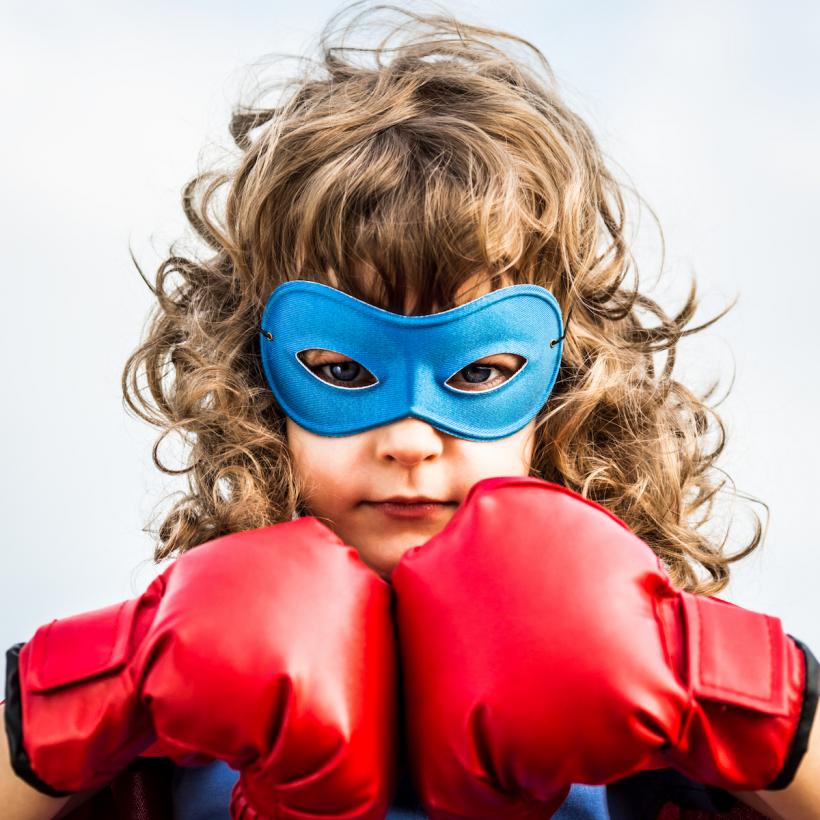 Operation Don’t Pass on Your Problems to Your Kids continues in fits and starts. Image: Thinkstock.

How do I de-emphasize looks and material things for my children when I care so much about them myself?

Last night I attended a talk on the topic “Raising Resilient Girls.”

I took notes squeamishly, slumping deeper and deeper into my seat in the dark high school auditorium. Early sexualization of girls’ bodies leads them to base their self-worth on external feedback about their appearance. Check.

I think of the attention my 4-year-old daughter gets for her sparkly dresses and pink cowgirl boots.

Once a stranger complimented her on her head-to-toe leopard print ensemble, and after requiring her to say thank you, I rolled my eyes and said, “She dresses herself.”

“Well, you bought her those clothes,” the stranger said, not missing a beat.

I also bought her a string bikini because it was on sale right before a beach vacation and it had a leopard, her favorite, on the back. I wasn’t sure it would be comfortable so before I packed it into our suitcase, I had her try it on. I tied it at her neck, at her back, avoiding her swirls of downy hair. The tiny Lycra triangles lie flat against her smooth chest. “Do you like it?” I asked. She swiveled to grin at the big cat on her little bubble butt.

The old external feedback loop. When I hear, You have such a beautiful face, I think, Oh, just my face.

As shallow as it is, I like how it feels to be compared to some en-vogue celebrity.

My boyfriend’s slimy older brother called me a skinny Ricki Lake in the 90s. I often reminded people of Meadow Soprano back when The Sopranos was popular.

More recently, a teenager in a public school on West 18th Street told me I looked like Ciara. At my wedding, I heard, “You look so thin! Your grandmother would be so proud!”

I want to rip out those eyeballs and use them in a bowl in a Halloween haunted house.

I want to secure her passage using barricades and screens like they did for Bill Clinton when he was president and came to the Stanford campus to drop off his daughter, my classmate Chelsea.

Her dorm was retrofitted with bulletproof glass.

I want no less for my girl.

I tell my 6-year-old son never to touch a girl without her permission.

“What about boys?” he asks. “Can I touch them without permission?”

I am the first to admit that I am a huge fan of Amazon Prime, and though I have never blow-dried my hair in my life, I cannot let go of my secret scorn for people who don’t make at least some effort to get ready in the morning.

I tell him that we display love with our actions, not with words and things, but he still wants to buy his favorite female friend a diamond ring.

“I have $57, Mom,” he says, the wrinkled one-dollar bills he’s earned spread out in a circle around him in his room. “That’s not enough, is it?”

I cannot believe I have already raised my young children to conform to such gendered stereotypes.

It's particularly striking when it comes to their confidence.

My son introduces himself to strangers and self-congratulates widely for his daily successes. “I was really patient today,” he’ll say to someone walking by. “In judo, I only had to say ‘Sorry, Sensei’ twice!”

My son couldn’t care less about his appearance. He would wear the same thing every day, if it were up to him.

My daughter, on the other hand, can barely bring herself to nod in recognition when she is greeted.

She squirrels away food and pilfered treasures — cough drops, buttons, lipstick — and then lies about it. If I suggest she wear the “wrong” dress, she tells me she hates me and slams her door shut. She likes to consult a how-to book on braiding and then ask me politely to give her a certain style. If I fall short, she throws a fit: “This is NOT a braided bun!”

How do I de-emphasize looks and material things for my children when I care so much about them myself?

I am the first to admit that I am a huge fan of Amazon Prime, and though I have never blow-dried my hair in my life, I cannot let go of my secret scorn for people who don’t make at least some effort to get ready in the morning. (My pet peeve: seeing people in their pajamas when it’s not bedtime or Pajama Day at school.)

My daughter knows that she’s not allowed to leave the house with unbrushed hair. She knows that she has to remain quiet while I brush her fabulous mane or that I will again threaten to cut it short.

“Don’t say it!” she cries preemptively if she accidentally lets out a whimper. “Don’t say haircut!”

Operation Don’t Pass On Your Problems to Your Kids continues in fits and starts.

I have my work cut out for me.

Well, That Was Awkward: A Story Of A Bikini Waxer In Training
Leila Sinclaire