5 Strategies For Getting Kids Off Devices 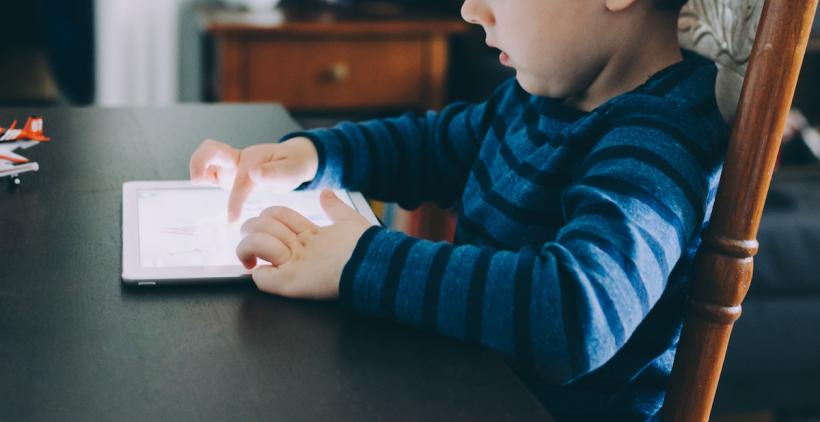 Photo by Kelly Sikkema on Unsplash

This article by Christine Elgersma first appeared on Common Sense Media and has been republished with permission.

"Just a sec," say nine out of ten parents answering an email when their kid asks them for something. If it's hard for us to jump out of the digital world, just imagine you're three and the lines between fantasy and reality are already blurred — then throw in a super-engaging, colorful, fun, immersive experience. Or you're five and each episode of Mutt &  Stuff on the Nick Jr. app is better than the last. Or you're eight and you're almost finished building something amazing in Minecraft. Why would you ever want to stop?

This is why getting kids off their devices is so tough. And when threatening doesn't work, and you discover the research that two-minute warnings aren't the best option either, what can you do? Thankfully, the American Academy of Pediatrics (AAP) has some new guidelines around screen use that ease some parental guilt, but you still need to get your kid off the iPad at some point.

Aside from being a strong role model, try these tips to minimize conflict and find the balance we're all seeking.

Have another activity lined up (bonus points for making it seem fun).

For the youngest device users, transitions are hard — period.  Even if the next "to do" is a "must do" (such as eating lunch), tell your kid what's coming next. You can rehearse the process: "When I say stop, it's time for the iPad to go night-night. Let's see how fast you can flip it shut! As soon as it's asleep, we can sneak into the other room and paint."

Use visual and sound cues to help kids keep track of time limits.

For kids who don't yet know how to tell time, try a timer that can help put them in charge of the process: "When the time is up, it'll look and sound like this."

Video streamers like Cakey and Huvi throw parents a bone and have internal timers so the app stops on its own. Then it's up to the parent to make sure kiddo doesn't just jump into another app.

Tell kids to stop at a natural break, such as the end of an episode, level, or activity.

It's hard for kids (and adults!) to stop in the middle of something. Before your kid gets on a device, talk about what they want to do or play, what will be a good place to stop, and how long they think it'll take. Set the limit together and hold to it, though a little wiggle room (a couple of minutes so they can finish) is fine.

Discuss consequences and follow through when kids test the limits.

When all else fails, it's important to have discussed consequences for when your kid won't give it up. For little kids, the line can be something like, "If it's too hard to turn off, the tablet has to go away for a whole day." For older kids it's more about keeping devices in a public space, setting expectations, and enforcing them. If they show you they can be partners in moderating and regulating themselves, there can be more flexibility.

If you like this article, please share it! Your clicks keep us alive!
Tags
devices
technology addiction
screen time
parenting