Mom Refuses Fat Teacher – Then It Gets Worse 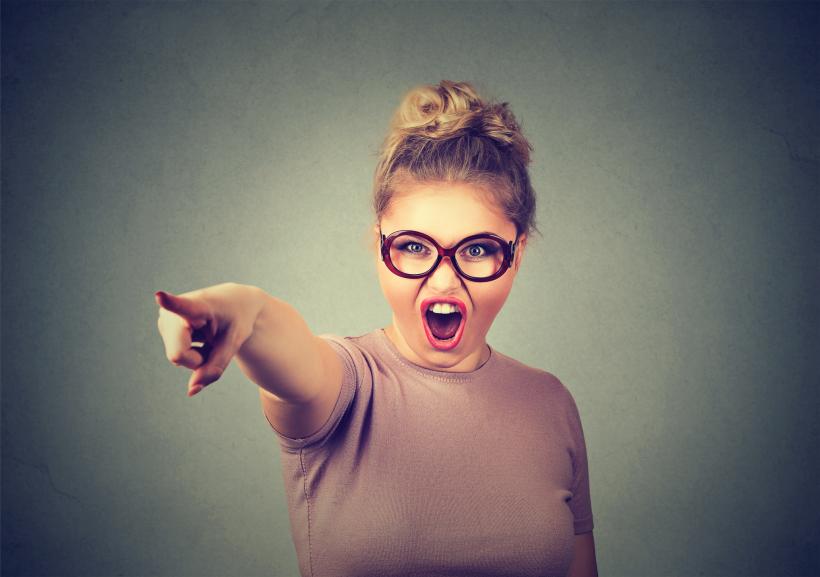 This is the textbook definition of discrimination and fat shaming. It’s awful for the teachers involved.

A journalist (who, admittedly, may have been looking more for attention than a great teacher for her kid) recently wrote a piece called “Why I refuse to let my daughter be taught by a fat teacher.” In her own words, the nursery assistant who would be working at the well-rated school with her toddler was “a lovely woman, kind and great with children.”

Unfortunately, this journalist’s stereotypes about fat people got in the way, and she decided to move her child to a different facility.

Let’s be clear about what happened — this woman chose a school based solely on how the teachers looked.

She feels that this is acceptable because the teachers look fat and she thinks it should be ok to discriminate against fat people. As if any bigot doesn’t think that their bigotry is justified. Like so many bigots, she tries hard to paint herself as the victim:

“This is the first time I have publicly admitted to feeling this way. Aware that the reaction would be anger and vilification, I censored myself. I told everyone I preferred the other nursery because it was smaller and friendlier. I knew I would be accused of discrimination, or ‘fat-shaming’, if I admitted the truth.”

She’s wrong though, nobody is accusing her of discrimination or fat-shaming — since it’s not an accusation at all, but rather a statement of fact.

This is the textbook definition of discrimination and fat shaming. It’s awful for the teachers involved (apparently there was *gasp* more than one fat teacher at the nursery), though they also probably dodged a bullet avoiding having to deal with this woman. Mostly I feel badly for her child who is growing up with a proud bigot for a mother, and for any fat friends her child will make (if she’s allowed to be friends with fat kids at all.)

If you think this situation can’t get any more screwed up, Garry Robinson of Kaizen Outdoor Fitness would like you to please hold his beer while he uses his Facebook presence to double down on encouraging fat shaming:

“Is it wrong to fat-shame?

For fitness leaders, it is unconscionable and unprofessional NOT to. If we are not 'fatist' then we are not doing our job.

Choosing to selfishly disable oneself through lazy lifestyle choices places an unsustainable burden on our society.

For years we tried to educate and encourage people not to smoke — being kind to them didn't work. When we finally had enough and turned smokers into social pariahs, only then did the message hit home. We just don't tolerate it any more and our society is better off for it.

Obesity is anti-social behaviour. It is costing us billions and denying genuinely sick people hospital care. It is addictive, contagious and it needs to be stamped out.

Keep kids away from fat people.”

So much bullshit in one post — blatant ableism, stereotyping, pretending that fat people are the reason that the health care system is so screwed up — convenient though completely fallacious, discouraging fat people who are interested from participating in fitness, and the absolutely disgusting notion that people should their kids and run when they see a fat person.

This bigot was taken to task by his former clients:

By other fitness professionals:

“You're on the wrong end of the fitness industry, buddy. The more you open your mouth the more you render yourself obsolete. It's for the best, as you don't actually deserve to be held in a position of authority on fitness. Good luck pumping gas.”

“People like you are part of the reason I never feel comfortable at gyms or "fitness" centers. Judging someone based solely on their appearance is hurtful, cruel, and ignorant. Yes. Keep your kids away from me, or else they might learn to be compassionate, kind, strong, and determined - no matter what life throws at them.”

And by basically everyone else.

People pointed out that being fat is not a behavior at all, let alone an “anti-social” one, that what he is saying is not supported by any research and that, in fact, fat shaming is associated with negative health outcomes. Others pointed out that being fat and smoking are not at all comparable and Commenters used the GIF option in Facebook in a way that I can only describe as heroic.

Garry was called out on each and every way that his post is just completely, embarrassingly wrong (and that’s a lot of ways.)

If you like this article, please share it! Your clicks keep us alive!
Tags
fat shame
fat shaming
fat bias
fatphobia
parenting