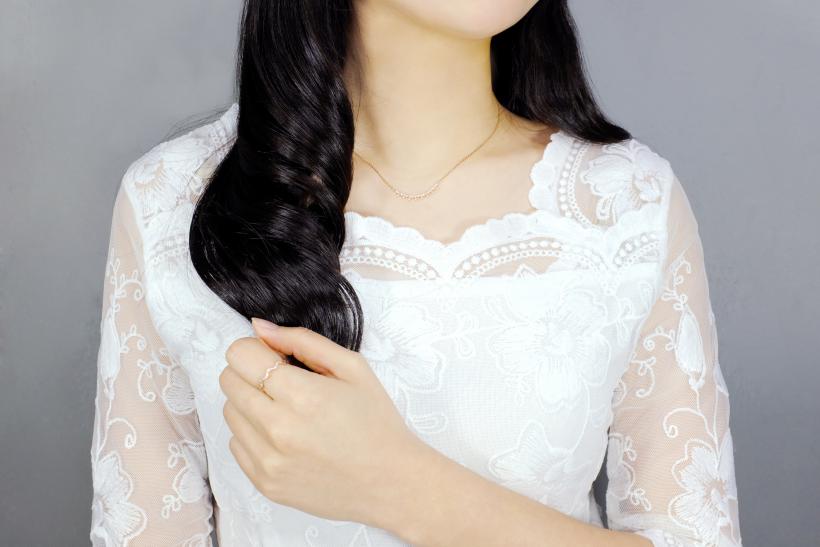 I understood in no uncertain terms because of purity culture that having sex outside of marriage was the worst thing I could do as a young woman.

In 1993, at the tender age of 14, I took a pledge. I promised to keep my virginity intact until my wedding night and to find a man who would also honor my promise, too. My body belonged to God, first and foremost, and then one day it would also belong to my husband. Then it would belong to my babies (and there would be babies without a doubt).

At no point did I ever receive the message that my body belonged to me.

I was merely a gatekeeper, guarding my sexual purity in service of my god and future spouse. I wore a silver ring on my left ring finger as an outward symbol of my promise.

I was deeply steeped in the Purity Culture, as were my older brothers and all of our friends. My parents were devout Evangelical Christians, and all of our sexual education revolved around abstinence-only teachings and preparation for becoming a wife and mother. My parents talked openly about sex at home, explained the details of intercourse, and made it clear that there was nothing to be ashamed of, just so long as it was within the confines of marriage.

I understood in no uncertain terms that having sex outside of marriage was the worst thing I could do as a young woman.

And while I appreciated my parents’ candid-for-them conversation, I also was hyper-aware that I had to completely shut down any sexual prowess to maintain that shiny, prized virginity.

And I did. I never allowed myself even to consider sex before marriage. I recruited my friends to join me on this purity pledge. I bought them rings if they could not afford to buy their own with money that I saved from working part-time at the mall. I was a pusher of purity, even taking my message to AIDS-ravaged Zambia and school girls in Kenya in my early 20’s.

You Might Also Like: I'm A 22-Year-Old Virgin, And My Doctor Won't Treat Me Because Of It

I was a 28-year-old virgin on my wedding day. This was not a technicality. When we checked into our fancy hotel, I felt as though I was giving this beautiful man, my knight in shining armor, the most precious and special gift of me. I was proud. I made it. I wore my diamond ring as a badge of honor. Afterward, I felt empty. My virginity was a cornerstone of my identity, and in a matter of minutes, it was gone for good.

We had, and continue to have, great sex. Of course, with nothing to compare it to, I can’t know for sure. But there’s primal attraction, intense passion, open communication, and great orgasms. When the rest of our marriage has experienced crippling hardship and apocalyptic disaster, sex has remained a constant source of connection and pleasure and is the thing that consistently binds us together when everything else breaks down.

But this isn’t the norm for people who were indoctrinated with purity culture. There are entire forums created for women who were also brainwashed with the belief that anything related to sex is sinful, but they are somehow meant to flip an imaginary switch and become sex goddesses on their wedding night. You can imagine how well the wedding night and subsequent sexual interactions go for the woman. But because our bodies don’t belong to us, it doesn’t matter. Only our husband’s needs and desires matter. His success, his ego, his confidence, his masculinity, his ease, his pleasure, his orgasm.

It has taken a decade to undo our shared belief that I belong to my husband.

And, just as with any deconstruction process, it has been brutally painful and often disastrous. We had overlooked fundamental and essential truths about the other person that we missed because we had our eyes on the prize: A Pure Life.

This mentality was rooted in Evangelical Christianity for both of us. My sexual purity was directly linked to my communion with God. That time I defiled myself, drank too much, and made out with that sexy Austrian boxer in a beer hall? Or that time I went home with a guy I worked with and slept in his bed with all of my clothes on after we made out like teenagers? Or that other time I dreamed of having sex with George Clooney circa 2004? Oh, or the time I went to a topless beach in Greece, and a British man commented on my breasts. Yeah, all of those things were stumbling blocks, acts of impurity, and resulted in a marathon of miles between god and me.

So, you can imagine when my husband wanted sex, and both of us held a shared belief that we were one spiritually, my refusal without good cause was not acceptable. But only my refusal. He could refuse any time he pleased. He was the husband, the leader, the provider, my spiritual covering, and protector. Thoughts of refusal would trigger a hardwired, ancient edict playing on repeat in my head:

Wives, submit to your husbands.

This was followed by teachings we both received that discouraged women from refraining from sex without a holy reason. Like a mutual time of prayer and fasting that was followed by rabid intercourse so as not to allow sexual temptation to pull us apart.

The overwhelming shame and fear that grew in the fertile soil of purity culture isolated me from my peers, subjugated me to my husband, stole my autonomy, and cut me off from a divine connection.

I have hashed out my sexuality, my autonomy, and my marriage in therapy for the last ten years. I hold my baby girl and look her in the eyes and speak to her the words I wish had been spoken to me.

You are full of light.

Your body and your desires are your own.

You are worthy of love and freedom.

You belong to yourself.

The world is yours to explore.

You are entirely lovable, just as you are.

And in so doing, I feel myself heal a little more, come back into my own body, emerge from the shame, and call myself home.

If you like this article, please share it! Your clicks keep us alive!
Tags
virginity
Sex
purity
Purity culture
marriage
virgin