How To Talk To Your Kids About Suicide 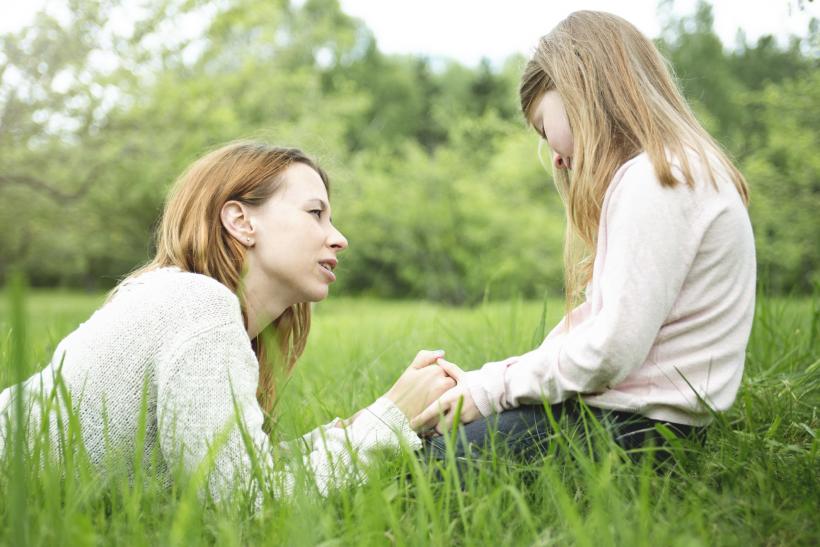 I hope my kids have learned from this talk about suicide. I hope that they understand the gravity of bullying and the importance of compassion.

A couple of weeks ago, a 5th grader at my daughters’ school died. Her passing was after a suicide attempt that left her brain-dead in the hospital. Now, I work in mental health. I’m a Child and Family Therapist, to be specific, and I work with kids and adults who are experiencing thoughts of suicide often. This is not new to me.

It is, however, new to my kids. And even though they’re only five and seven years old, because a student died by suicide at their school, I felt the need to talk to them about it. I thought that I could pass along our family’s experience to support some of you who, sadly enough, are in the same place.

We talked about how words can hurt and how the things people tell us can make us feel certain ways about ourselves. In this poor girl’s case, they hurt her so badly, she thought the world would be better off without her in it.

We found out on a Thursday morning that a 10-year-old student at our local elementary school, the school where I kiss my kids goodbye each morning, had died. We learned her parents reported her personality changed abruptly following some pretty intense bullying which had spread from school to social media. I knew this was something I’d need to address with my kids, now in kindergarten and first grade, but I also knew that before school wasn’t going to be the right time. I decided to approach the subject the following Saturday morning. I figured that, if we talked about it early in the day, it would give the kids time to process and ask questions throughout the day. I also hate to talk about sad or scary things right before bed — it doesn’t help anyone’s sleep.

Honestly, Thursday was a really rough day for me. My schedule was packed from start to finish, and I know, as a therapist, I wasn’t able to do my best work because I felt distracted and sad. We trust elementary schools and count on them to be places of innocence and safety (except Sandy Hook, of course, which shook us all).

That day, I felt as though I had left my children in the hands of people who maybe weren’t paying close enough attention, who perhaps weren’t as attentive and tuned-in as I once thought they were.

I got home late and hugged my babies close till they drifted off to sleep.

On Friday, I had a training for work and found myself tearful and distraught as we entered the afternoon hours. I asked to be excused so that I could pick up my kids from school that afternoon and get started on our weekend early. I was grateful to have had a light day planned and my supervisor understood what I was going through so I was permitted to spend the afternoon with my children, cuddled up on the couch watching whatever DisneyJunior cartoon they wanted till dinner.

The next morning, we woke up and it was time to talk. I started by going over our family rules which include being kind and sticking up for others. We talked about bullying and how important it is to maintain perspective — knowing we’re loved at home no matter what — and keeping in mind that some kids will make fun of other kids regardless. My oldest daughter talked about a kid in her class who calls her names and tries to get her in trouble, and we all recalled how she was asked why she had a “boy backpack” at the beginning of the year and how now, everyone thinks her choice of Spiderman themed school supplies is cool.

We live in an incredibly diverse neighborhood for which I am very grateful because it means we’re often talking about how our white skin provides us with many advantages as well as a particular duty to look out for other people with white skin treating kids who are different in a mean way. This Saturday morning conversation included mention of my daughters’ duty to be aware and stand up for others who are being treated unfairly or cruelly by peers or staff at the school.

Then, after all the usual bases had been covered, I let them know that a girl at their school, someone who I didn’t think they knew, had died this past week. I reassured them that kids do not often die so young and let them know that this girl had been bullied which her parents believe lead to her passing away or, as my youngest says, “going to the dying place.”

We talked about how words can hurt and how the things people tell us can make us feel certain ways about ourselves. In this poor girl’s case, they hurt her so badly, she thought the world would be better off without her in it.

Here again, I found my chance to let my babies know that, no matter what, I would always love them and want them around — that there is nothing they could do to make me think they were not wonderful human beings, worthy of my love.

Now, in terms of logistics, I did not tell my kids how this girl attempted to kill herself because research shows that the more we talk about and glorify methods, the more suicidality spreads. I was also careful not to blame the school or badmouth the educators because, as much as I believe this was indeed preventable, I still want my kids to feel safe and supported by the adults at their school. They, of course, had some questions which I attempted to answer honestly and in an age-appropriate way for them both. They also wanted to talk about the student’s parents and how much pain they must be in which was surprising to me but incredibly sweet and aware for their young souls. After a while, the conversation strayed to our diabetic dog who, according to my five-year-old, is going to die soon, and that was that!

I hope my kids have learned from this. I hope that — thanks to this difficult and delicate conversation — they understand the gravity of bullying and the importance of compassion with their classmates. I hope they’ve heard my message of love and acceptance enough to never have even a fleeting thought that they’d be better off dead or that I’d be better off without them around.

Below are a few resources for parents:

* If you or someone you know is struggling with suicidal thoughts, please visit The National Suicide Prevention Lifeline or call at 800-273-TALK (8255).

If you like this article, please share it! Your clicks keep us alive!
Tags
suicide
suicidal
bullying
parenting