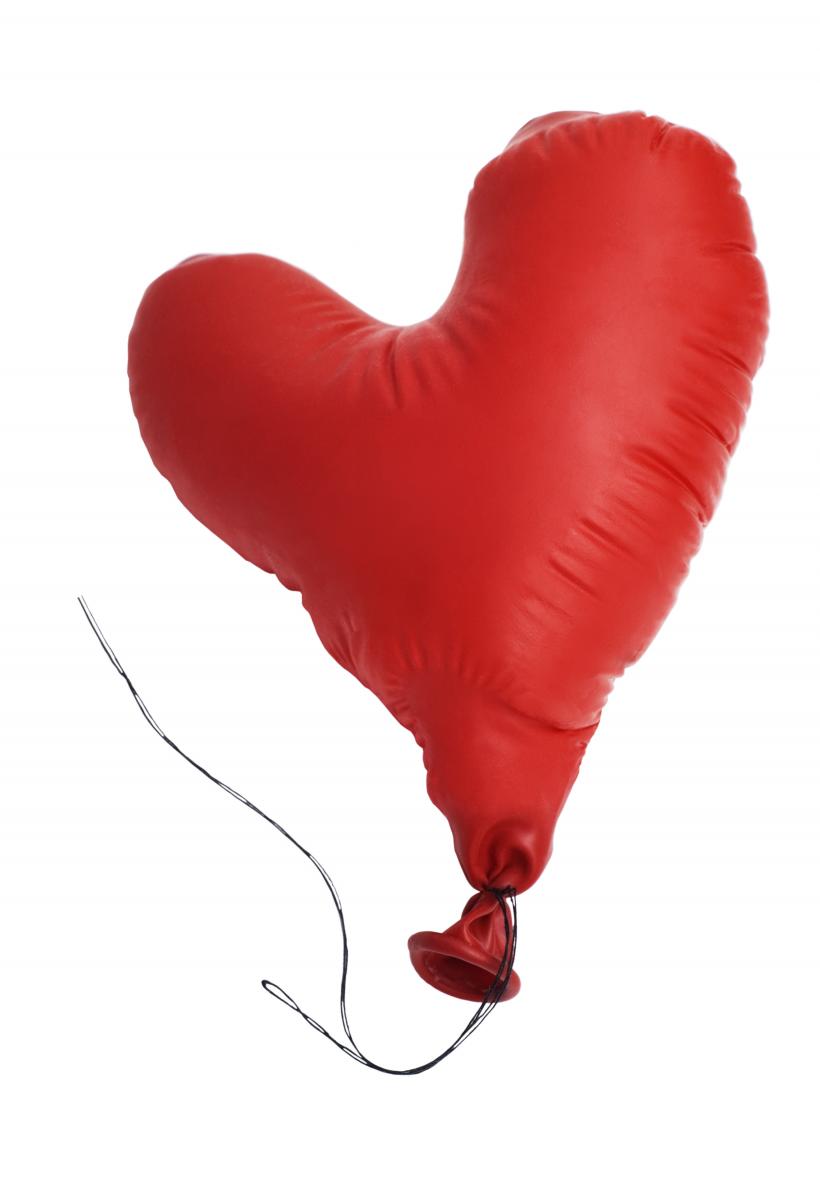 I don't recall meeting my first love. It seems he was always with me.

I could not always see his presence as vividly as I do now; retrospect has offered new insight into his relentless pursuit of me. But I know I always liked his attention—craved it, even. As Cathy spoke of Heathcliff in Wuthering Heights, "Whatever souls are made of, his and mine are the same."

I too felt such a pull towards my first love: my eating disorder.

I began hiding and throwing out food in elementary school. I didn't know why I was doing it. As far as I remember and as much as I can understand, my brain simply decided I couldn't eat whatever meal laid in front of me, and I obeyed its demands. At seven I was a slender child. I liked being thin, but I didn't crave it the way I would later. I don't understand why I ate so little, though I can remember feeling proud of my small waist—cinched by belts with homemade holes.

Initially, my parents joked that I "ate like a little birdy." But by the time junior high rolled around, they knew something was wrong. I hid food in my bedroom, and sometimes forgot to throw it away. The resulting smells were a dead giveaway. My parents told me my eating habits weren't normal, and could lead to health problems. My sister locked herself in her room, sobbing and screaming that she hated me. I faked tears and promised to eat more. Inside, I was just annoyed. My parents monitored my eating habits obsessively and (as I found out, years later) sneaked protein power in my meals. I gave in around 2003 when I began ninth grade.

For most of high school, I ate normally. I thought I was cured. I wasn't.

The urges returned the summer of 2007, right after I graduated high school. My decreased caloric intake was noticed by friends when I nearly fainted in a yoga class during that same summer. I remember seeing spots while my best friend dragged me down the hall—she seemed to be speaking underwater, 100 miles away from me. I didn't faint, I simply collapsed really, but my friends began watching my eating habits closely.

In truth, I was in such denial during this time my self-reflection is murky is best, but they tell me that for the next two years—I ate "baby-sized sandwiches" after intense workouts, snapped when it was suggested I eat more, and recoiled in horror when I was offered dessert. I ate mostly giant salads, with no dressing, so that I could eat "socially." On top of everything, I was losing weight rapidly. And I wasn't big to begin with. It was alarming; even the parents of a few friends voiced concern.

But I hated hearing it. I truly believed nothing was wrong with me. I didn't understand why my friends couldn't be happy for me. But in retrospect, I get not only their concern but some of my own unconscious motivations: I was scared about leaving the familiarity of high school and becoming an adult. Restricting my eating habits gave me a sense of control in the midst of chaos.

But of course, I didn't understand this at the time. The voice in my head that constantly whispered "you don't need to eat that" felt like the guiding advice of a lover, not a neurosis. With every pound lost, the pull felt stronger. Contrary to the beliefs of everyone who has never experienced an eating disorder, I did not aspire to look like models or actresses. Rather, I was driven by this feeling that every problem I faced in life—money, friends, future, school, etc.—would be magically solved if I were to just lose a little more weight.

My lover had promised me this, and I honestly believed him—though he gave me no reasoning. This time around, our passionate affair lasted just two years. While it ended in 2009, he would return the summer of 2013.

Take a moment and contemplate the thing that you love most. Perhaps it's your partner. Your children. A pet. Maybe what you cherish most isn't an entity—it could be a place, an event, your education. Visualize it.

Imagine you felt that way about being thin. It seems like the ultimate solution—everything can be solved if you can achieve that willowy figure. Feeling protruding bones is comforting—sometimes sexually exciting. Crafting a new hole in your belt is a rite of passage. Virtually every action you make in a day is done to ensure the preservation of your thinness. Sex becomes less about your partner, and more about burning calories. Washing your hair transforms into an arm workout. Every negative aspect—from losing hair by the handfuls to watching your clothes fall off—can be rationalized, much like a nasty spat with a partner.

I am ashamed to admit it, but that was my life.

By November 2013, I consumed just 565 calories daily. My diet consisted primarily of vegetables and nuts. The restriction gave me a rush; I felt high. I would run for miles, believing my twiggy thighs could carry me forever. As strange as it sounds, I was addicted to the feeling of starving myself. Friends would express concern for my weight, but I interpreted it as evil efforts to separate me from the thing I loved most.

I obsessed with "trimming" specific body parts. First, it was my arms. Then my cheeks. Lastly, it was my stomach. The problem with the latter is that the human body—in all its crazy functions—seeks to protect the internal organs. What little fat I had left was deposited to my abdomen, which did not make my stomach look flat. My ribs stuck out like xylophone keys, but a cluster of fat cells stuck around my belly button. Because of this, I was caught in an endless loop. I wanted to flatten by stomach. Decreasing my caloric intake made the rest of me thin, but that little paunch seemed to grow in comparison. Logic failed me here.

But despite all of this, I felt happy. Blissful, even. My frustration with my stomach was a "challenge." I perceived it the way one might view the learning of a musical instrument. I was excited to lose more weight. This served as motivation to solve other problems in my life, from work dramas to car maintenance. Any moment that I felt less than a bubbly ray of sunshine, I'd grasp a protruding hip bone and relax. Friends would post Facebook photos of us, and I'd stare, for hours, drowning in self-love at the sight of my thinness. Even though I've always been a social butterfly, I relished spending time alone to obsess over my weight. In that sense, I never felt lonely.

But ever so slowly, I began seeing cracks in my lover's facade. Because of my protruding bones, sitting on anything other than a plush mattress physically hurt. I felt exhausted all the time. Sometimes, I wanted to eat, but felt too weak to walk across my apartment and prepare a meal in the kitchen. Half a beer would get me buzzed. Though I can't prove it, I believe I hallucinated; I saw folds of fat on my thighs during SantaCon 2013, while my best friend stood next to me and swore there was "literally nothing there."

After that morning of SantaCon, I began to question myself. A month later it was a new year, and I finally accepted the fact that I wasn't "normal." I finally admitted to myself that I had anorexia. That moment was so chilling—I felt as if my lover had ripped the carpet from under my feet. Still, I was reluctant to leave. I saw my anorexia as cause for happiness, a drive to be a better person, and an inspiration for creativity. I didn't want to leave, though I knew (on some level) it was wrong.

Logic here dictates that I make a change in my life. But I didn't. The thought of abandoning my lover was terrifying. With him, I never felt lonely. I felt beautiful. Fun. Interesting. Driven. Invincible. Why would I leave this? Where would I be without him?

It took months for me to gain the courage, but eventually I sought counseling. When I contemplate where I was one year ago, I'm amazed by my progress. My recovery is nowhere near over, however. I can't seem to shake my lover just yet. It's as if we're no longer in a relationship, but we continue to sleep together. No longer am I blinded by my lover's abuse, but I occasionally find myself engaging in damaging behaviors. I do not crave thinness—for instance—but I do catch myself not eating quite enough. I will eat a healthy breakfast and lunch, then skimp a bit on dinner. Fats are not my enemy, yet I still feel fear when confronted by them in large quantities.

All in all, this is progress. I am okay.