Fear And Loathing In The USA: Why Are We Afraid Of Cops? 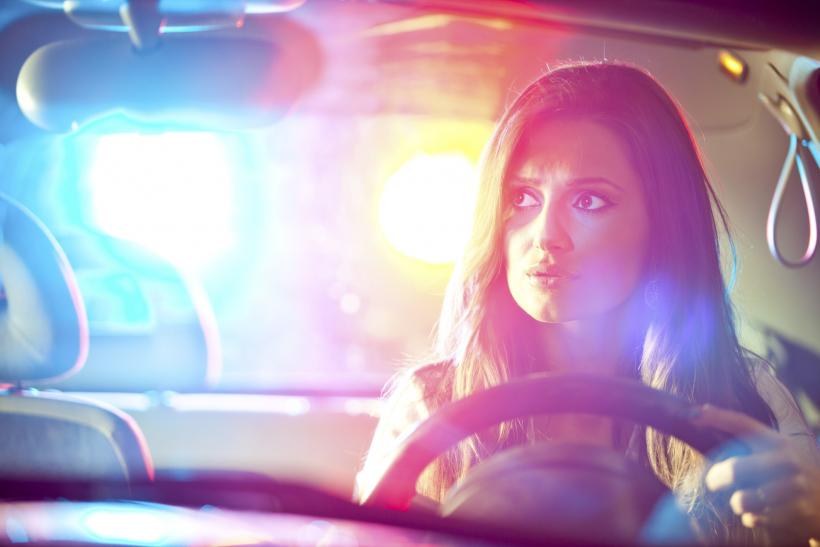 TV shows, movies and even cartoons depicted all different types of cops for me to conceive of: There were dopey, doughnut-hoarding cops who were friendly, neighborhood officers—then there were tall men with shadows in their eyes and fingers itching for a fight, a silent siren waiting like a ghost drawing breath for a scream.

Maybe my parents wanted to hold off on giving me false doubt or false hope; I don’t remember anyone ever telling me I should feel one way or the other about police officers. Although, whenever I drove in the car with my mom and a black and white rolled up, she slowed way down below the speed limit and said in a sing song voice, “Helloo there, officer!” I laughed, but her reactions told me, “Watch out for these people,” far more than “These people are watching out for you.”

The recent murder of Michael Brown (among other acts of blatant police brutality, like Eric Garner of Staten Island, who was choke-holded to death) makes my blood boil. I am baffled by the relentless violence that has seemingly permeated every pore in the face of America, especially against young black men. I feel crying out “THANK YOU” to France Francois, the woman behind the Mike Brown protest sign that read,

“I CANNOT BELIEVE I STILL HAVE TO PROTEST THIS SHIT!!”

Francois’ sign was held up at a vigil for the 18-year-old victim last week in Washington, D.C.

Her words, like those from the #lastwords Twitter campaign, reflect a community that has moved so far past the simplicity of despair—so far and long past the hollowness that sadness leaves behind—and a well-crafted rage has risen and roils in its place. The anger feels as though it has consumed the collective body of the angry activist and is inciting a national breaking point.

And yet, pending tragedies still loom; as police morality and gun use standards deteriorate with every passing day, it makes me wonder how many more deaths it will take to truly get through, to realize that things are desperately out of control.

When I see a cop, my first reaction is, I’m not doing anything wrong. Cops make me nervous. And yes, more and more often, cops make me angry. Sure, I’ve had some positive experiences with the law—like when my car was stolen then returned by my local law enforcement. Or the time my car may or may not have smelled to high heaven like that Mary Jane (thanks to unnamed passengers) and after I’d passed the sobriety test the cop said to me, “It’s not that big of a deal . . . this is California.”

But really, I’m surprised when things don’t go wrong. The suspicion I have toward the police could have something to do with past indiscretions, both my own and by those around me, but I've never been through an experience with the police that should leave a person scarred. The types of incidents I've encountered shouldn’t cause the twists in my gut that I get every time I see a police vehicle.

I’ve never been unlawfully frisked or patted down by a handsy cop. I’ve never been harassed to a point of tears or anger. I’ve never had my head slammed or feared for my safety when a cop arrived on the scene, despite my innocence. Why then, am I afraid?

Why do I feel this way about the police?

It’s because of the power they have. It’s so much power that if they wanted to do any of those things—or God knows what else—they could. And perhaps even get away with it. Maybe these thoughts seem a little over the line, but it’s not as though they’re fears lunged at in the dark.

I know all cops aren't corrupt. I have no theories of a national conspiracy. But at this point in my life, when it comes to the amount of force used or unused, that layer of fearful grime that lies at the bottom of my stomach flames up like heated tar and says, “You didn’t, but you could have.” Even if those muscles remain mostly unflexed, I know there is a potential violence that’s present in the flash of a badge or the barrel of a gun.