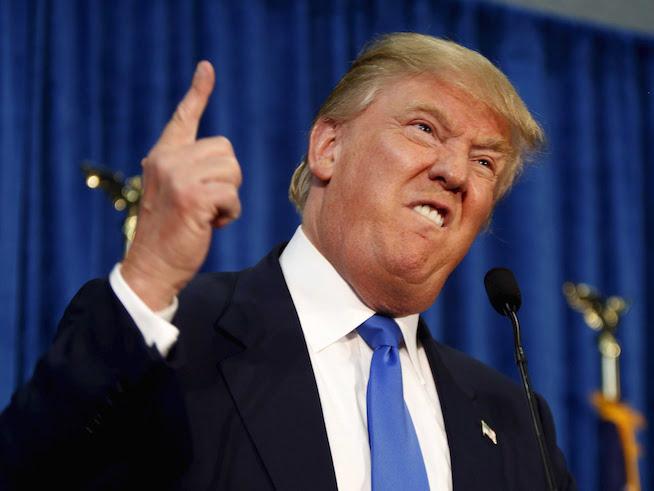 I recognize there are loads of readers who think the Republican Party’s demise is nothing to cry about.

But for centuries, our country has relied on two strong, restrained parties that operate along shared political norms.

So zoom out to a big picture: While there are myriad reasons why Donald Trump represents a new sort of candidate, the scariest one is his complete break with civility and tolerance.

We don’t live in a world ruled by etiquette. I love that about America.

But Americans have held their leaders to a standard of behavior that sends a message to the public.

Last night, Donald Trump won the Republican primaries in Missouri, North Carolina, and, most crucially, Florida. That final triumph eliminated Senator Marco Rubio from the race. That Trump can win in Rubio’s home state shows just how huge his appeal has been.

That is precisely why he is such a serious danger.

I was asked by a Swedish journalist yesterday (yes, I go out and campaign AGAINST Trump. I feel it would be unpatriotic not to…) why Americans are voting for him.

Here’s my answer: I don’t think most of them take his dangerous rhetoric seriously. They just think he will be different, that he will improve the economy, that he is going to take care of them and their families, that he will stop being “weak.”

All of that would make a kind of sense, in a way.

But it is criminal negligence to ignore this: Trump either IS racist (I believe he is), or he is pretending to be, in order to get votes. Practically speaking, there is no difference between the two.

Sub-point: While maybe you, White voter, don’t think Trump’s racism is a problem, the minorities in our country DO think it’s a problem. Last night, Trump won every demographic EXCEPT amongst people of color.

I honestly cannot understand why otherwise nice Americans are willing to let huge swaths of our population feel threatened and unwelcome here. In the USA.

We’re reaching a moment where I honestly feel ashamed of my country.

And by the way, that Swedish journalist said they are watching in horror and disbelief in Europe. No one can believe that Americans – Americans – are falling for Trump’s heinous appeals to xenophobia and fear.

You know, I did too.

Since none of them stands a chance of winning in November, if you’re a clever and conscientious voter with an upcoming primary, you can do the country a big favor. Register as a Republican, and vote for Cruz or Kasich, whichever of the two has a better chance of beating Trump.

That is! Unless you’re invested in Hillary Clinton or Bernie Sanders. Last night was a really good one for HRC, as she won in Illinois, North Carolina, Ohio, and Florida.

Barring some miracle, Clinton will almost certainly be the Democratic nominee.

As a side note, watching these two parties’ primaries is like watching alternate universes. The Democrats look like the civilized, normal primaries of old.

There’s one thing to be hopeful about: At least Democrats have not completely lost their minds and hearts.