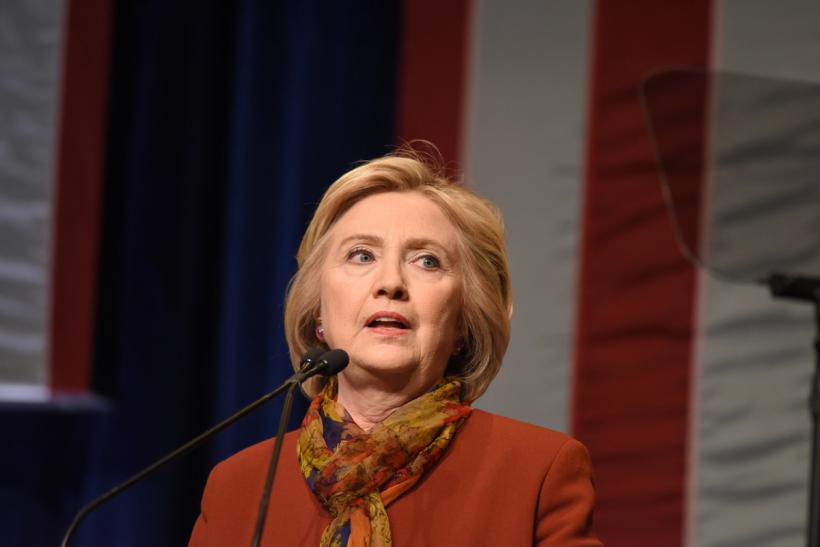 Does support from women of color exculpate Clinton from charges of being a white feminist? The short answer: No.

There really is no shortage whatsoever of evidence that Clinton is a white feminist.

Earlier this week, a friend criticized a thinkpiece I was writing about Hillary Clinton because it plainly labeled Clinton a “white feminist.”

Her reasoning was that the label was disrespectful to the significant numbers of women of color who do support Clinton. Despite my memorized list of all the ways Clinton has failed poor women of color and continues to undermine their interests, I was initially at a loss for how to respond.

"White feminism” is defined by intersectional feminists as a brand of activism that exclusively uplifts well-to-do white women, while ignoring every other marginalized group.

White feminism is the sort of elitism that doesn’t outwardly appear as destructive as overt right-wing bigotry — but nonetheless, its “holier-than-thou” disguise as empowerment and mainstream progressive talking points renders it pernicious, to say the least.

Put simply, there really is no shortage whatsoever of evidence that Clinton is, indeed, a white feminist.

Clinton has played a fairly damning role in just about every current societal ill from poverty and mass incarceration to bloodshed in the Middle East, and her modern policies offer little in the way of compensation.

While writing off any candidate’s track record as irrelevant history would be a mistake, even her current platform fails to execute feminist justice.

And there’s an equally powerful case for why she doesn’t deserve to be venerated as a feminist at all in her dismissive treatment of her husband’s alleged rape victims, potential role in silencing said victims, and her condescending responses whenever she is asked about the allegations.

As Jamie Peck pointed out in January, her behavior prompts the question:

[W]hat would you do if your husband was accused of sexual assault by multiple women? […] [W]ould you call them liars against all statistical odds and continue benefiting from your powerful political marriage? [...] If any other high-up staffer in her campaign were accused of rape, I can only imagine he’d be fired immediately.

Marginalized groups are consistently shamed for “asking for too much.”

Yet the fact remains that a significant number of women of color stand behind Clinton rather than Sanders. Black women are among the most prominent demographics from which Clinton draws support. Women, people of color, and women of color have frequently been key to Clinton’s success: at the Nevada caucus, in South Carolina, and throughout the nation on Super Tuesday. And deeply influential feminists of color, from Beyonce, Kerry Washington, and Shonda Rhimes to Salma Hayek, America Ferrera, and Constance Wu, continue to endorse her.

This ultimately prompts the question: Does support from women of color exculpate Clinton from charges of being a white feminist?

The short answer: No.

The somewhat longer answer: This rationale makes about as much sense as exculpating Donald Trump from charges of being a bigot, by merit of the (token) Mexican, Muslim, and black friends he repeatedly claims to have.

While women of color form a tremendously important voting bloc and should neither be dismissed for supporting one candidate over another, nor condescendingly told what to do, their advocacy for Clinton does not change the fact that supporting her, in many respects, involves a perspective that is inherently white-centric and classist.

It requires excluding from the dialogue the poor women of color hurt by welfare reform policies Clinton supported, and the Middle Eastern, African, and Latin American women hurt by her foreign policy.

I agree that a Clinton presidency could inspire young girls everywhere. But just as a woman on the $10 bill will do little to actually address the wage gap, Sanders’ platform and track record as an authentic ally will take marginalized groups farther than a mere narrative.

There’s an abundance of deeply unfortunate reasons why so many women support a candidate who has, at best, done little to help them and, at worst, thrown them under the bus, while a much better option in terms of track record and current policies exists in Sanders. None of these reasons are any fault of Clinton’s supporters who are women of color; they are grounded in misconceptions about the Democratic candidates propagated by both the media and the DNC itself.

Daily Beast columnist Keli Goff points out that electability is deeply important to black voters, who simply can’t afford the election of a Republican, and even argues that the ability to support a candidate perceived as unelectable is in itself a form of privilege.

Thus it is a significant issue that the mainstream media portrays Sanders as far less electable than Clinton, despite his significantly stronger performance against all GOP candidates in polling, greater support from independent voters, and lack of scandals which will undoubtedly be taken advantage of by whoever the GOP candidate ends up being.

Clinton’s ties to the Democratic establishment that women of color have often relied on to defend them from right-wing bigotry further cement her image as the more electable candidate. They also cast her as a figure they can rely on more than Sanders, who has served in the Senate as an Independent.

There is also the fact that marginalized groups are consistently shamed for “asking for too much” (e.g. black people and “handouts”/”free stuff” tropes). Paired with Clinton and Democratic elites’ depiction of single-payer healthcare, tuition-free public college, and a $15 minimum wage as simply too much, this stereotype is a lethal one. However, these policies, which are enjoyed by just about every other industrialized nation in the world, become exponentially less unrealistic when one considers what raising taxes on the top 1 percent, demilitarization, and even an excise tax on legalized marijuana (all measures supported by Sanders) could fund.

Then, there’s the undeniable appeal to women across all color lines of a woman president.

As a strong proponent for representation, I agree that a Clinton presidency could inspire young girls everywhere. But just as a woman on the $10 bill will do little to actually address the wage gap, Sanders’ platform and track record as an authentic ally will take marginalized groups farther than a mere narrative.

Other reasons include minimal name recognition and portrayal of Sanders as antagonistic toward President Obama (strongly perpetuated by Clinton herself) — but I would guess that the ultimate reason is lack of awareness about Clinton’s frankly terrible past.

Clinton has played a fairly damning role in just about every current societal ill from poverty and mass incarceration to bloodshed in the Middle East, and her modern policies offer little in the way of compensation.

Yet there’s no way you’d be aware of this through exclusively following mainstream media.

You’d have to actively search to find the darker pieces of Clinton’s past, and we can hardly expect those who have recognized her as their greatest ally for decades to do that.

By no means is the solution to infantilize women of color by telling them what to do, who to vote for, what’s good for them, etc.

But on the other hand, making a case for candidates who deserve their vote more and why might be an effective starting point — and you can feel free to refer to the above lists for some material.