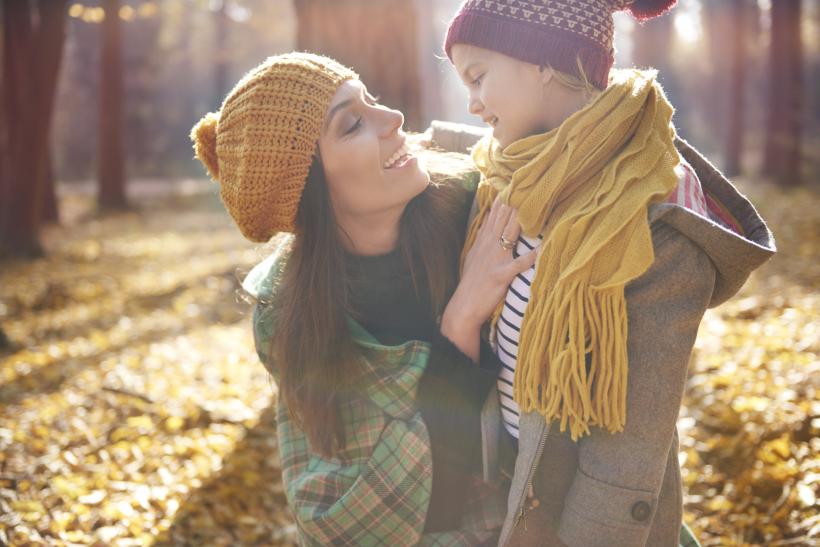 One of the most valuable is embracing the liberating feeling of saying “No.”

We're only a few weeks into 2018, and there’s already an air of hopefulness. Maybe it’s the fresh start feel of a new year or the new Time’s Up Now campaign, the new initiative whose mission is to start a legal defense fund to help other women who have been victims of sexual harassment — a topic that gained so much momentum in 2017.

From the over 50 powerful men accused of inappropriate sexual behavior since Harvey Weinstein’s sexual harassment story broke to Time’s People of the Year of 2017 being the “Silence Breakers,” it’s undeniable that this has quickly turned into a domino effect, where victims have felt empowered to report the wrongdoings of other men.

With all these accusations, a lot of attention has also focused on the preventive aspect of this. Especially with children and teenagers, there’s an ongoing powerful conversation about the importance of teaching them about consent as early as possible.

There are also practical, everyday ways to show children that they have a voice. And one of the most valuable is embracing the liberating feeling of saying “No.”

While it is important to set consistent boundaries and limits, it’s equally as important to respect your child’s “No’s.” More importantly, when a child learns that they can say no to situations that make them feel uncomfortable, it gives them a voice to set their own boundaries. When we show them how we respect those “no’s,” we’re also setting an example on how they can respect when others say no, as well — which is crucial if we want to work towards ending rape culture and sexual harassment. When we talk about important issues like consent, sexual harassment, body positivity, self-image, or even self-love, we need to understand that the earlier is always better.

Ask them if it’s okay to show (and receive) signs of affection.

Scenario: I run into an old high school friend who I haven’t seen in years. This acquaintance is now a mother running errands with her 7-year-old boy. We exchange a quick hello, and she immediately asks her son to give me a hug. Bear in mind: We haven’t seen each other in years, so her son has never met me. As expected, he is skeptical. Which she immediately follows up with, “Come on now, don’t be rude”.

In many cultures — including mine, which is Panamanian — signs of affection are a symbol of love. In this same logic, when a child refuses to hug or kiss, they are rude. This pressure to perform is the genesis of it all. We are teaching our children to protect their bodies, but at the same time, we make them feel guilty when expressing their voice to say no? Think about yourself: do you always want to say hi to people or be affectionate? Probably not. So why do we expect our children to be this way? Why can’t we turn this “signs of affection” conversation into a choice they are allowed to make for themselves? I mean, even the Girl Scouts are making a case for this one.

This can start at home, with a simple “Can I give you a kiss? Can I hug you?” Some days your child will want it, some days they won't be feeling it. And whatever their choice, it’s okay. The most importantly important part is that it’s their choice. This is the foundation for future conversations about protecting their body and showing affection to strangers. If they can’t feel empowered and use their voice in their own home — which is supposed to be their safest place — how can we expect them to do so in the outside world?

Ask them before you post a picture of them online.

Social media has changed our society in so many ways. It has shaped the way we communicate and relate to one another; it affects the way we see others and ourselves (sometimes causing an unhealthy social comparison); and, it has also influenced the way we show our lives. It allows us to upload an update on our lives whenever we want — children included.

Parents — especially younger ones — have a penchant for posting pictures about what their children are up to on a day-to-day basis. And, while it’s incredibly adorable when they’re babies, as children grow older, they may start voicing “Don’t share that,” or “Don’t post that picture.” And they have every right to do so. If we want to teach them about digital citizenship, we must honor their preferences on what gets shared about them on social media.

When parents allow children to say “no” to these social media posts, they are inadvertently teaching them about consent in other forms as well, a topic that becomes exponentially more important as they enter their teenage years. With a proper foundation at home about what they allow and don’t allow to go on other people’s social media (among other things), this task becomes increasingly easier as they grow older.

Ask them for their opinion on family decisions.

There’s a fine line when it comes to limits and parenting styles. Some parents believe that limits need to be reinforced at all times, and children have no space for negotiation. Others give children complete autonomy on how to run things in the house. And still, others learn how to balance both these styles and create a flexible plan of negotiation.

In this plan, parents learn how to establish those firm limits and non-negotiables with their children, but also allow some space for their children to voice their opinions and choices on family matters. People might not see how making choices is a lot like saying “no,” but in saying “yes” to one option, you are declining the other.

When children learn that they have the autonomy to make calls at home — however small you might want to keep them — they begin to adopt confidence in themselves. In their voice. In their self-worth. They are learning, early on, that they can make choices. More importantly, they can make choices about themselves. What’s more important than that when teaching your child about consent?

When we talk about important issues like consent, sexual harassment, body positivity, self-image, or even self-love, we need to understand that the earlier is always better. The examples we have presented in this article are small and practical “No’s.” However, these are precisely the small blocks that build the foundation for voicing and respecting the “No’s” that matter most. It’s all about choices, and we must lead by example if we want our children to make smart ones when they’re older. It's up to us to teach them to trust their voice and intuition.

If you like this article, please share it! Your clicks keep us alive!
Tags
rape culture
parenting
feminism
Children
Boys
girls
saying no